It's not that we needed a reason to visit St. Moritz in the Engadine valley, but an invitation to the annual White Turf horse races surely fit the bill.

Held since 1907, this year’s races were almost in jeopardy, however. Due to the mild temperatures, the world's only horse race on a frozen lake almost turned into a swimming competition.

The long-time president of White Turf, Thomas Walther, tells us that as late as January 13, the thin layer of ice on Lake St. Moritz barely even supported a log… But like every year, winter did its magic. And so, we are standing among hundreds of spectators on the frozen lake, excited to witness our very first horse race on ice.

Horse racing on a frozen lake at White Turf in St. Moritz

White Turf is a legendary horse race that has attracted the rich and famous for more than a century. It is unique in many respects, with the obvious being the special consistency of the "turf".

In the words of Mr. Walther: "In a world where everything is replaceable, White Turf is unique. There are 400'000 horse races happening worldwide every year, but White Turf in St. Moritz is the only race taking place on a frozen lake."

We have arrived just in time to witness the flat race, a discipline spanning 1300 meters.

With our best zoom lenses firmly mounted and smartphone cameras launched, we have placed ourselves in the first curve after the long straight leading out of the gates.

This appears to be a good vantage point to capture all the action. Right after the start, we can see the horses still lined up. But the closer they get, the more the field starts to separate. And by the time they hit our curve, all bets are off and we see them disappear in a blizzard...

Along the home stretch, visitors with day passes share every inch of space with VIP guests who also prefer to be close to the action.

Optionally, the invited crowds can also use the sponsors' stands for an elevated vantage point. And thanks to the invitation by Longines, the watch brand and official timekeeper, we have access to such a stand which provides a new perspective on the racecourse.

During three weekends, some 20 races are taking place at White Turf. Disciplines range from chariot to pony races, and from trotting races to: skijoring. Ski-what?

Imagine a thoroughbred galloping at full speed across a frozen lake. Attached with ropes is a human on skis! That's the essence of skijoring. It is 1 PM and we are getting into position for the next race, the Grand Prix of Silvaplana.

Sure enough: we can hardly believe our eyes when the next batch of horses launches out of the gates... The jockeys are being pulled on skis by their own horses!

Invented in St. Moritz in 1906, the unique discipline of skijoring has been officially practiced on the frozen and snow-covered lake. Despite its local flavor, however, it was not accepted as a medal sport in the 1928 Winter Olympics held in St. Moritz. It was only allowed as a demonstration sport with a single performance on Feb 12, 1928.

Bahama Moon, Sociopath, and November Rain: while following the skiers with our camera lenses as they complete three rounds of 900 meters each, we pick up some truly curious horse names from the loudspeakers.

How about Harry the Eagle, Vienna Woods or Box Office? The latter is competing as #8 with one of White Turf's youngest athletes in tow...

Today, Valeria Walther and her horse, Box Office, achieve sixth place out of ten. We meet up with her a short while after the race to learn more about skijoring – and about herself.

Valeria is in the process of getting a degree in hospitality management. While she is dreaming about doing an internship at a London hotel someday, she is currently on an aptly timed semester break. (White Turf is her once-in-a-year chance to participate in a skijoring competition.)

Given all that she has going on in her young life, we wonder when she finds time to practice skijoring. "That’s the thing about this sport: other than breathing techniques, there is no way of practicing it," Valeria explains.

"Once the lake is completely frozen, the starting gates are set up. We are then allowed to practice, but only with snowmobiles and not with horses. And I doubt that a machine has the same launch power as a thoroughbred..."

As a consequence, Valeria leaves the race mostly up to chance.

Now, if you have paid attention, you may have noticed the similarity in the last names of the White Turf president and the young skijorer. That's no coincidence as Thomas Walther is Valeria's father.

He lets us in on his daughter’s early passion for skijoring: "At a young age, while watching the races on the frozen lake, Valeria knew that she wants to someday do skijoring. She has been horseback riding all along and finally took her exam when she turned 18."

"But isn't this sport a bit too risky?" I wonder out loud.

Mr. Walter: "I always feel relieved when the start goes well – and when she passes that first curve..." Valeria jumps in and explains the most critical phases of the race: "Apart from the start, that first curve really is the most unpredictable factor of all. It is difficult to prepare for it. Going at up to 60 km/h, it takes quite some courage..."

With several horses launching into the race at once and skiers trying to balance it out, it can happen that equines change direction or leashes get tangled up.

Her father continues: "The day of the race is special. It all starts around 12:15 PM when my pulse increases and my nerves are on edge... It's knowing that a horse is basically a 450 kg chunk of pure muscle that will run through any obstacle that makes me nervous."

He recalls that his youngest daughter has always had a racing gene: "Despite being the smallest of three siblings, she is the one who took on downhill skiing – and skijöring!"

There is a parallel world of offers, discounts and very affordable items for you to discover in Switzerland! Join the exclusive bunch who know where to discover the best bargains, steals and the I-can't-believe-it-was... Switzerland has been under a heat wave for the last few days. It was too hot to handle - even for an absolute tropical being like me! Luckily on July 8, the weather showed some mercy and gave us all the much needed... 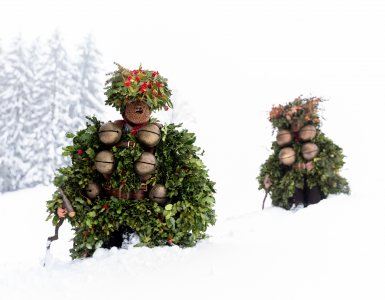 Manage Cookie Consent
To provide the best experience, we use technologies like cookies to store and/or access device information. Consenting to these technologies will allow us to process data such as browsing behavior or unique IDs on this site. Not consenting or withdrawing consent may adversely affect certain features and functions.
Manage options Manage services Manage vendors Read more about these purposes
View Preferences
{title} {title} {title}
145 Shares
Share134
Tweet1
Share
Pin10
WhatsApp