As soon as the dust of the New Year’s Eve celebrations has settled, the Swiss are at it again. Several towns and villages still practice age-old living traditions to welcome the New Year in Switzerland.

These customs are a way of experiencing the flow of time as another year has passed. And in this nation of small states, traditions are an integral part of the local identity.

Our overview includes traditions taking place on New Year’s Day as well as on Berchtold’s Day, January 2. The latter is a public holiday in many parts of Switzerland. Dating back to the 15th century, Bächtelitag has offered an opportunity to dress up in masks and costumes.

Here is our guide of living traditions to start the New Year in Switzerland:

Every New Year’s Day at 11 AM, one of Basel’s many fountains appears to be malfunctioning. Instead of water, the Dreizack Fountain will spew out “Hypokras” red wine!

The “Neijoors Aadringgede”, which literally means “New Year’s Drinking”, attracts the masses. Neighbors would gather in order to fill up a glass with herby mulled wine and toast with their fellow Baslers. This event has traditionally been sponsored by the “Goldenen Stern” trade guild.

On New Year’s Day, all kinds of strange creatures parade the village of Kandersteg. The reason for the different costumes are the various dangers this town had to face in the past. Be they natural disasters, bear attacks, diseases, child mortality or poverty, each creature symbolizes one of these threats.

Hence, there is a furred Yeti (Grossmarti) and even a child eater (Chindlifrässer). Among others, a creature in pine green (Chriesmarti) symbolizes the dangers which lumberjacks face in the forest.

From noon until late, the frightening bunch in their furs and scary masks can be spotted all over Kandersteg - including in the bars and pubs. By creating as much noise as possible, they are trying to scare away the dangers they portray.

Ten locally raised piglets are the highlight of the New Year’s Day celebrations in Klosters. During the Hotschrennen, which starts at 3 PM by the train station, these lucky pigs are said to bring good fortune to everyone present.

For each of the five races, people can bid up to 50 francs. Whether you win or loose, the New Year’s apéro that follows is free of charge. The winning piglet is pronounced the new year’s official lucky charm.

For more than 150 years, fifteen young bachelors have dressed up in elaborate costumes during the afternoon of January 2. This day marks Berchtold's Day, or Bärzelitag, which is why the youngsters are called Bärzeli-Buebe.

There are three types of costumes that are equally distributed among the bachelors. The “Green” is a symbol for spring/life, the “Parched Brown” a symbol for winter/death, and the rest are camels and their drivers.

Once in costume, the creatures (quite literally) go to town, playing pranks on people and spreading new year’s wishes. It is not uncommon to be beaten with a pig’s bladder or embraced by a spiky pine creature… Either encounter symbolizes good luck!

In the early morning hours on January 2, no household in Schwanden is safe from the Wurstbettler! As early as 5 AM, the “sausage beggars” go from house to house in order to wake up the residents and spread good wishes for the new year.

Below the costumes are local bachelors whose true intent is to find a future spouse. In dozens of houses, they will be getting free breakfast, a hot soup or a Café Fertig. Also, donations and a few sausages - hence the name of the tradition!

The happenings in Interlaken every Berchtold’s Day have evolved over centuries. Initially, it was a day of resistance against monastery rule, then a day to settle old scores between two rivaling towns. And for over fifty years, Harder Potschete has been a procession of the Potschen, including marching bands and bell-ringers.

Always in the lead of the Harder Potschete is the Hardermännli, the spirit of the Harder Kulm mountain.. The terrifying Potschen with their hand-carved masks would assemble in the marketplace. These creatures are eerily unpredictable as they run after onlookers and create havoc. By roaring and shouting, they purge the spirits of the previous year while calling in the new ones.

In years without a pandemic, locals in places such as Bülach, Rafz and Hochfelden would drive out the old year on Bächtelistag. Take Bülach: every year at 4:15 PM, a cannon would fire to kick off the events of the day: mulled wine is served, there is a parade of bell-ringers, a trombone performance and the New Year’s address by the mayor.

In the evening of January 2, the locals in these towns near Zürich would gather in pubs where brass bands or entertainers would circulate. One of the definite specialties served only for this occasion is Bächtelswurst sausage with a Bächtelsweggen bun.

In Frauenfeld, Berchtold’s Day is always celebrated on the third Monday in January. It is quite a feast and officially counts as a living tradition by the Swiss government. The speeches and musical performances begin in the town hall at 6 PM. Not to miss: the traditional “Salzisse" sausage which is served with bread and wine. 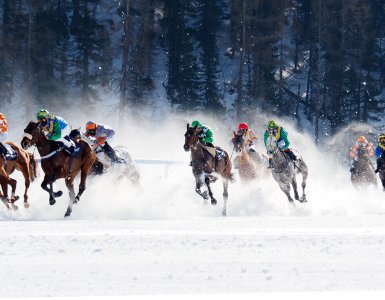 It's not that we needed a reason to visit St. Moritz, but an invitation to the annual White Turf horse races surely fit the bill... Figuring out health insurance in Switzerland can be a daunting task. So, we came up with this easy guide to help you navigate the insurance system... 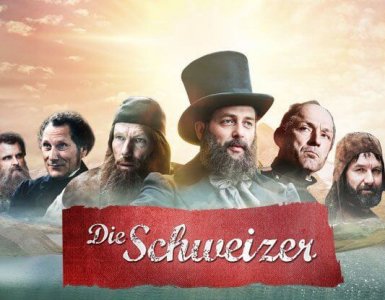 11 Swiss German songs I remember from my childhood

Manage Cookie Consent
To provide the best experience, we use technologies like cookies to store and/or access device information. Consenting to these technologies will allow us to process data such as browsing behavior or unique IDs on this site. Not consenting or withdrawing consent may adversely affect certain features and functions.
Manage options Manage services Manage vendors Read more about these purposes
View Preferences
{title} {title} {title}
363 Shares
Share347
Tweet11
Share
Pin5
WhatsApp