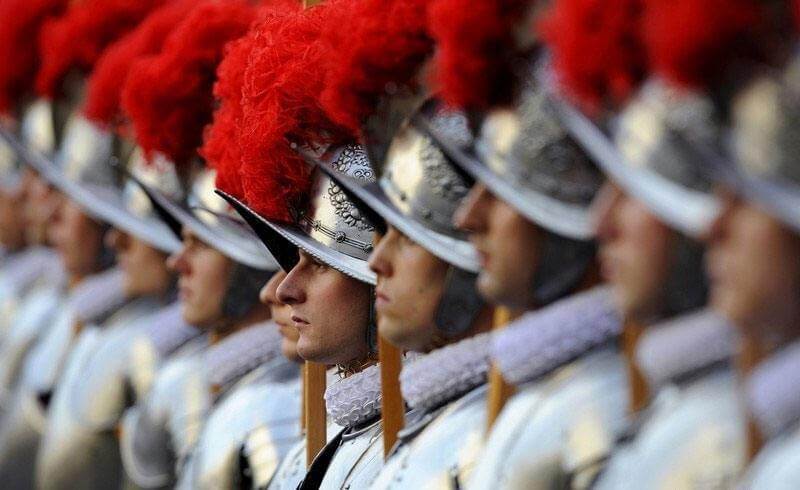 The Swiss guards are the Vatican's official military in charge of security.

Anyone who has ever watched the movie Angels & Demons recognizes the Pope's private guards in their colorful attire. As their name implies, the Swiss Guards are a militia of Swiss soldiers primarily responsible for guarding the Vatican.

The Vatican is the world's smallest country at 110 acres, but there is a guardsman or officer for every single acre of land. The permanent staff of 110 are recruited from the official Swiss military. Each member is a Swiss citizen under the age of 30 and has volunteered to serve a contract lasting for 25 months.

As a group, the Swiss Guards make up the smallest active army in the world.

I find it interesting that the Swiss Guard institution reflects Switzerland's past: Unlike the present, there was a lot of poverty which prompted young men to seek their fortunes abroad. Starting in the 16th century, Swiss Guard units were thus hired as bodyguards, ceremonial guards, and palace guards at various European courts.

Due to Switzerland's political neutrality and reputation for honoring agreements, a pope or emperor could have the confidence that his Swiss Guards would not suddenly turn on him...

Every year on May 6, a new batch of Swiss guards take an oath of loyalty. 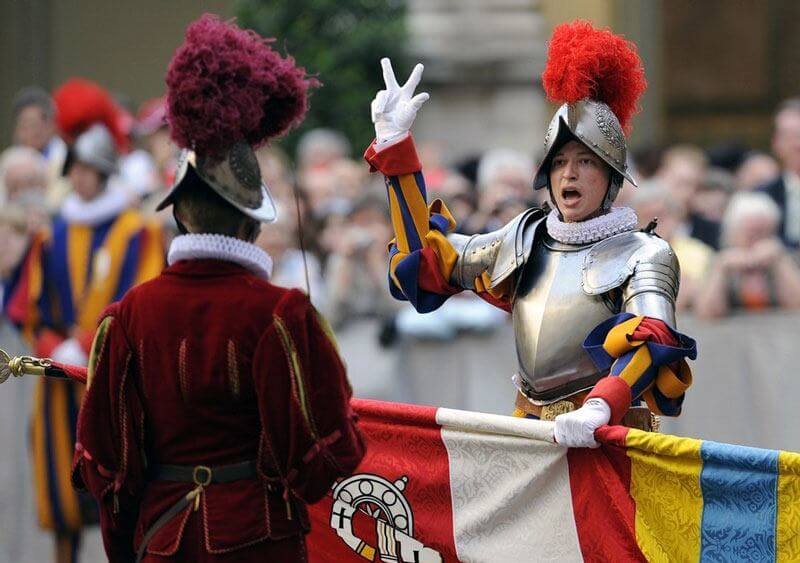 The Swiss Guards are in charge of monitoring access to the Vatican and protecting its four entrances. 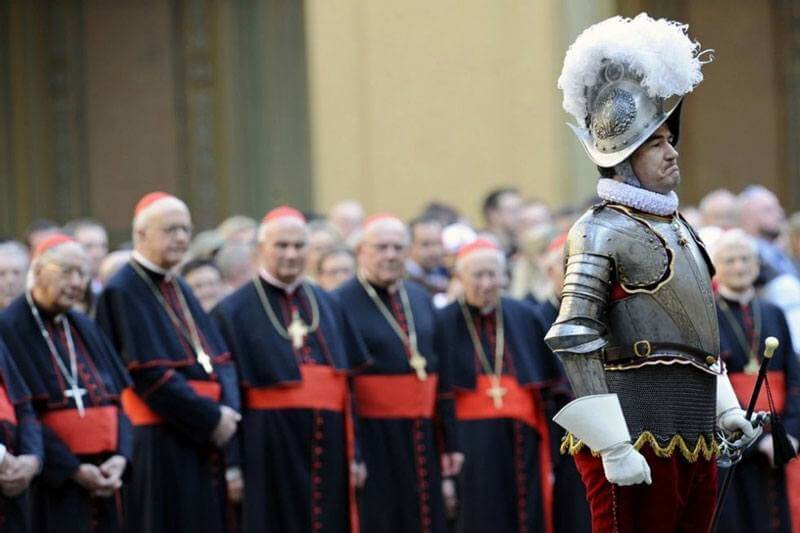 The guards' festive uniform in yellow, blue, and red: The Pope's bodyguards may look old-fashioned on the outside. When on public duty, they are equipped with Medieval weapons such as pikes or swords... 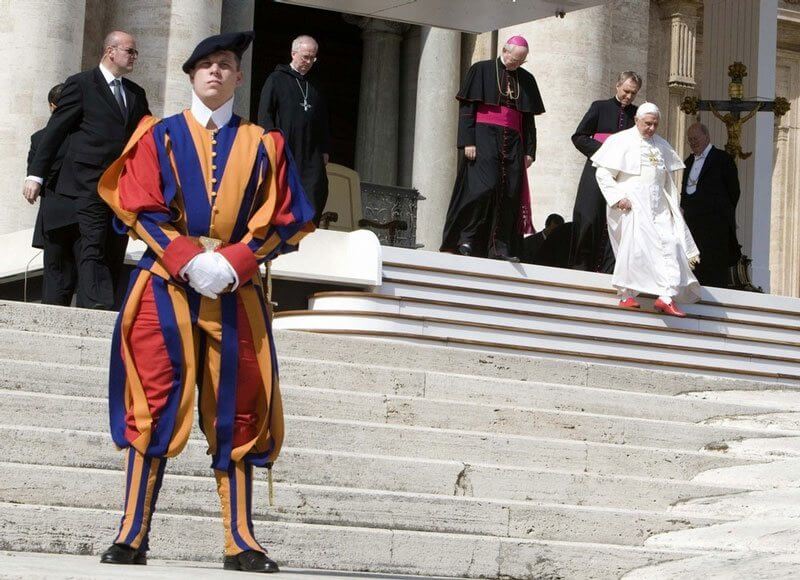 In reality, the Swiss Guards are one of the best-equipped armies in the world. Their training includes skills such as crowd control or dignitary protection. 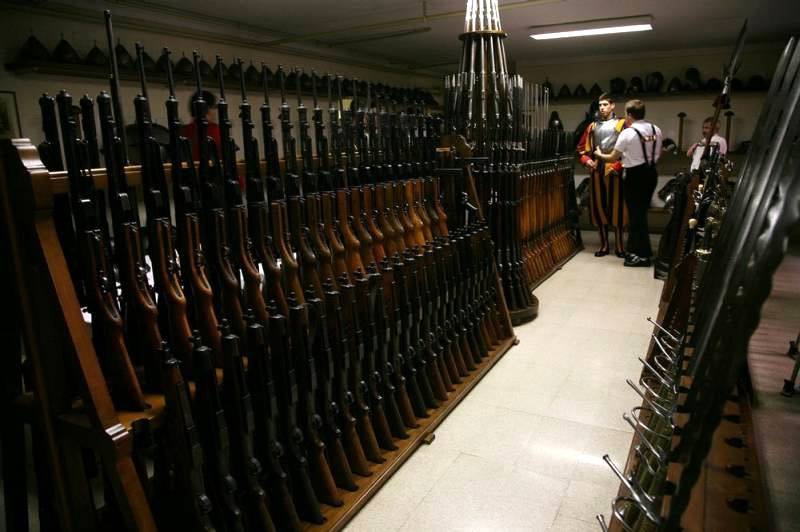 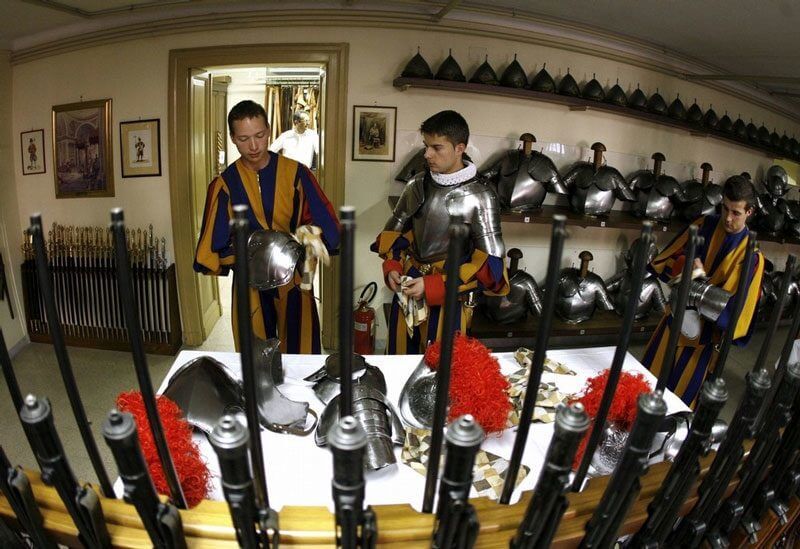 The first Swiss Guards to enter the Vatican in 1506 were likely dressed like soldiers at that time - without a designated uniform. It is only in the 20th century that they were provided the exquisite outfit they are still wearing today. 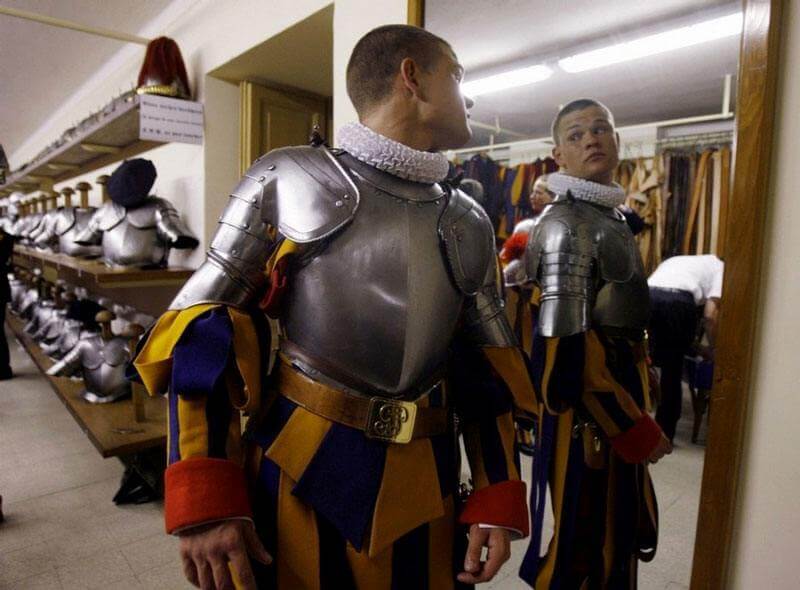 As a bonus for all the history buffs, here is an interesting fact for your next visit to Lucerne: The famous Lion Monument commemorates the more than 600 Swiss Guards who were killed while defending Marie Antoinette during the French Revolution: More Information about the Swiss guards The Swiss have long been the most misunderstood people in Europe. According to the rumors, they are evil bankers and xenophobic backwoodsmen... What do Airbus, Nespresso and Apple computers have in common? They all use aluminum. Looking at how this metal is so ubiquitously used today, one probably finds it hard to believe that it used to be worth more than gold...

Manage Cookie Consent
To provide the best experience, we use technologies like cookies to store and/or access device information. Consenting to these technologies will allow us to process data such as browsing behavior or unique IDs on this site. Not consenting or withdrawing consent may adversely affect certain features and functions.
Manage options Manage services Manage vendors Read more about these purposes
View Preferences
{title} {title} {title}
201 Shares
Share192
Tweet7
Share1
Pin1
WhatsApp