I recently read Erin Faber's excellent article, "10 Things Americans Can Learn From Amsterdammers" and thought I’d share some of the observations I’ve made since moving to Switzerland. Most Americans relate Switzerland to clever knives, Heidi, and secret bank vaults, but there’s a lot more the Swiss can teach us about how they achieve such a high quality of life.

Here are my top 11 things to yodel about:

1. Power to the People

Switzerland looked to the US constitution when drafting its own constitution in 1848, but they practice a different form of national government: Direct democracy. Like the US, most laws are made and voted on by representatives. However, any citizen can (with enough supporting signatures) put a law forth to a vote of the people.

Swiss citizens vote on national referendums, policies and ballot initiatives and they vote often (about four times per year). Swiss citizens also have right to propose almost any constitutional amendment, as long as it does not violate human rights or international law. With these comprehensive checks and balances, Swiss legislators know their constituents can recall them or vote out their pet initiatives; therefore limiting the power of lobbyists and reducing the possibility for corruption.

"From the Swiss experience, we can all learn that representative democracy can do much better if it includes comprehensive and citizen-friendly methods of participation. In Switzerland, the most important – but relatively few – issues are decided by the people, important and more numerous matters by parliament, and the least important but very numerous issues by the government. That’s what they mean by democracy."
(Bruno Kaufmann, President, Initiative & Referendum Institute Europe)

It’s 6:30 PM, and what’s for dinner? In Switzerland, you need to have a plan and a well-stocked pantry, because nearly every store will be closed by 7 PM, and almost nothing is open on Sunday.

The Swiss regularly vote against extending shopping hours, as it is considered unfair to the working poor and family run stores who would otherwise miss out on community activities and family time in order to compete with big retail.

Yes, shopping in Switzerland can be expensive, partly due to the lack of big box stores, but when I explained the concept of Black Friday (and what’s unfortunately turning into Black Thursday) to my Swiss friends, they shook their heads in pity and slight disgust. To the Swiss, somewhat inconvenient shopping hours and supporting local businesses are a price they are happy to pay.

3. The Best Defense is a Spiritual Defense

"Our differences make us stronger" may be truer in Switzerland than anywhere else in the world. Recognizing, accepting and protecting cultural differences while promoting uniquely Swiss values and customs was an actual formal defense strategy employed by Swiss authorities, press, scholars, and intellectuals from the 1930's through the Cold War era.

Despite prior religious and regional tension amongst Protestants, Catholics and the French, German and Italian-speaking regions, Swiss national pride strengthened. This led to popular support of a well-armed national militia. Knowing that virtually every Swiss male was ready to defend their homeland ultimately thwarted Hitler and Mussolini from their planned invasion during WW II.

Today, although less than 1% of the Swiss population speak Romansh, the Swiss government spends about four million Swiss francs per year to promote it. Romansh was declared one of the four official Swiss languages by national referendum in 1996, meaning Romansh speakers have the right to correspond with the government in their native language and expect an answer in Romansh. Winning hearts and minds by respecting cultural differences keeps the diverse population deeply rooted in Swiss pride.

4. Talk is Cheap, but R&D is Expensive

While US politicians promise jobs and economic growth to varied degrees of success, Switzerland has created an ecosystem that fosters innovation and investment. This is key for staying competitive in our global economy.

By creating conditions such as favorable tax and investor policies, placing a strong emphasis on higher education and promoting a high quality of life, Switzerland is able to develop, attract and retain some of the best talent in the worlds of science, engineering and technology.

These factors, along with its pioneering spirit and highly efficient workforce, make Switzerland the most innovative nation in the world for the second year in a row, according to the WIPO.

Would you spend $200'000 on a watch? If you did, you would want to be darn sure you were investing in a quality product. Having "Swissness" is related to having quality, precision and reliability. The prevalence of these attributes can be found anywhere from the precision industry to international bank accounts and the Swiss public transportation system.

Quality that goes beyond luxury watches and elite private banking is part of the soul of being Swiss. In a recent survey, Swiss people rated "quality" as the country’s main strength - on par with "neutrality".

According to FutureBrands 2012 Country Brand Index, Switzerland is the highest perceived country in the world: "Switzerland’s rise as a model nation: As a symbol of economic, cultural and social stability, the brand Switzerland shows that the cultivation of freedom, tolerance, transparency and environmentalism can put a country’s brand ahead — even in difficult economic times."

When I first moved to Geneva, I felt a bit like Belle from "Beauty and the Beast" in the scene when she goes out in the morning and walks through her village. Every single person who crosses her path would greet her with a cheery "Bonjour!".

When sharing an elevator, your fellow passengers will always say "Bonne Soiree" (Have a nice evening) when they step out. Even the cut-throat mobile phone stores full of young hustlers will offer customers a fresh espresso and patiently wait while you fix your perfect coffee before selling you a calling plan even a 13-year-old girl could not max out...

While most of my Swiss friends have a Facebook page, they limit their online friends to only their closest contacts and would not dream of posting anything close to an overshare moment.

Swiss people are notoriously private and do not pry into the affairs of neighbors or co-workers. When a close friend chooses to share some personal details about a romance, ideas for a new venture or health concerns, it is a given this news will be treated with utmost discretion.

According to Yale University’s 2012 Environmental Performance Index, Switzerland is the most environmentally friendly country in the world.

Factors including overall health, air quality, water, biodiversity, agriculture, forestry, fishing and CO2 emissions were all considered. Yes, the Swiss are notorious neat-freaks, but more so, they feel a deep connection to their mountains and lakes. To the Swiss, recycling isn’t just a matter of civic duty, it is simply one part of the overall stewardship they feel towards protecting the beautiful land that gives them so much.

9. Give more Kisses and Get more Face Time!

Here in Swiss Romande, the French speaking part of Switzerland, friends always greet each other with three light kisses on the cheek. And again (even if it's just 15 minutes later), another three kisses upon departing. The Swiss might have a reputation for being a bit standoffish, but once you make a connection, you can count on your Swiss friends to be warm, funny and exceptionally caring.

Speaking of friendships: The Swiss tend to have less friends than Americans, but they put effort into each relationship. My Swiss friends are really invested in each other's lives, and make time to meet often. Email doesn’t cut it for Swiss friendships, which brings me to #9, the wonderfully Swiss way to get quality time with friends: Organize an apéro.

More than a mere Swiss version of an American Happy Hour, an apéro is a social gathering of friends and colleagues. The Swiss take their apéro seriously and use the time before the dinner to open a bottle of wine and share small nibbles with friends as they catch up on their day.

An apéro can be organized in a private home, local bar, along the lake or in the park. Not only is it the Swiss way to stay connected with friends, it is how most romantic relationships begin. Friends are introduced through mutual contacts, and a good apéro often segues into a relaxed dinner - probably a cozy fondue.

According to a study published in the New England Journal of Medicine, the Swiss have the most Nobel laureates per 10 million people, and also are the nation with greatest chocolate consumption per capita. Chocolate contains flavonols which are linked to cognitive ability.

Conclusion: If you want to improve your cognitive functioning and up your chances of winning the most prestigious intellectual award - the Nobel Prize - then eat more chocolate! (Make that yummy Swiss chocolate, naturally.) 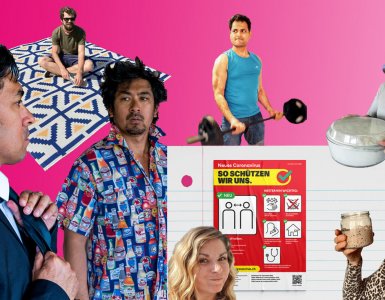 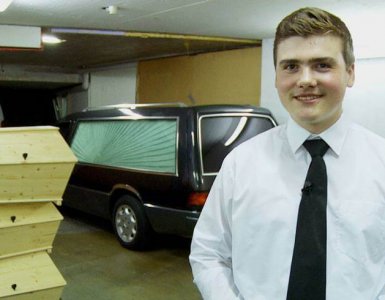 The deeper you dig into the Swiss culture and everyday life, the more interesting insights you will find. Get to know some cool facts about Switzerland... 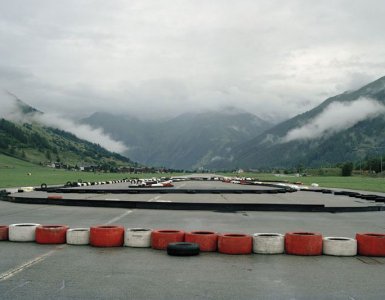 Manage Cookie Consent
To provide the best experience, we use technologies like cookies to store and/or access device information. Consenting to these technologies will allow us to process data such as browsing behavior or unique IDs on this site. Not consenting or withdrawing consent may adversely affect certain features and functions.
Manage options Manage services Manage vendors Read more about these purposes
View Preferences
{title} {title} {title}
148 Shares
Share47
Tweet7
Share92
Pin2
WhatsApp