In 1952, immigration officials prevented one of the biggest tax payers of the United States from re-entering the country. As a consequence, the man decided to move his estate to Switzerland.

On the advice of a friend, he paid 60'000 francs in cash for a magnificent lot and a fully furnished mansion above Vevey on Lake Geneva. That man was Charlie Chaplin, and his former sanctuary has now been opened to the public as Chaplin's World.

To gear up for your visit, check out these 14 interesting facts about Charlie Chaplin and the new Chaplin's World museum:

Chaplin’s World has been 15 years and an estimated 60 million francs in the making. It is located on a vast property near Vevey where Chaplin lived with his family from 1953 to his death in 1977.

The museum’s curator, Mr. Durand, describes the concept as follows: "We represent Chaplin’s work without telling a lie or misrepresenting the truth. He is at the center, but we don’t talk for him."

Charlie Chaplin released a total of 81 films throughout his career. Some 35 of them are being highlighted at Chaplin’s World, including the blockbusters "The Great Dictator", "The Kid" and "Modern Times".

In the museum’s new wing, entire Hollywood scenes have been replicated in original scale. And the best part? You are allowed to enter each scene and literally get in touch with the artifacts!

The museum features no less than 32 realistic wax replica of celebrities who were close friends with Chaplin. Has there ever been a better opportunity to snap a selfie with Michael Jackson - or Albert Einstein?!?

There are also four wax replica of Charlie Chaplin throughout the museum.

On January 6, 1953, Charlie Chaplin unlocked the very front door of the manor which has now become part of the museum. He had purchased it including all furniture only two weeks before.

When you enter Chaplin’s bedroom, take a look at the map on the wall. Chaplin had a difficult childhood in poverty, and this map served as a reminder for him of where he came from. He brought it to LA, and it ended up on this very wall in Vevey, Switzerland.

Knowing about Chaplin’s rise from a public orphanage to Hollywood star helps to interpret certain things. At Chaplin’s World, the "Studio" is essentially the home of "The Tramp" character, while the "Manor" is the home of the man Charlie Chaplin.

And when you consider Chaplin’s iconic outfit, the baggy pants and big shoes symbolize his true roots, and the suit on top the world he is supposed to live in.

Just in time for the opening has the museum been able to repatriate Chaplin’s original pair of boots. They were able to purchase them from a collector.

Chaplin did not speak French, and neither did his wife, Oona O’Neill.

Charlie Chaplin was a big fan of Knie, the Swiss national circus. He never missed a season and attended his last performance just two months before his death. The remaining Chaplin children are still close with the Knie family.


Chaplin was not only a talented actor, he was also a composer, director, filmmaker, producer and visionary. At the time, the extent of cinematography included a fixed camera and an actor entering the frame from the left, then leaving it on the right.

Chaplin broke these conventions by making the actors move around inside the frame. He introduced the revolutionary L- and T-shaped compositions that are still being used today.

On December 27, 1977, Charles Chaplin was laid to rest at the village cemetary in Corsier-sur-Vevey. A few months later, two unemployed immigrants decided to excavate his body in order to extort a ransom from Chaplin’s late wife, Oona O'Neill.

She was less impressed and according to the museum curator, she answered something along the lines of „Charlie lives in my heart – you can keep his body.“ When you visit the cemetary, notice the grave enforced by concrete.

Vevey has decorated two 14 story apartment buildings as a tribute to their famous former resident. The wall murals depict scenes from Chaplin films – naturally in black and white – and are considered the largest in Switzerland.

"Modern Times" is a brand new, Chaplin themed hotel not too far from the museum. It is rated as four stars, but we would flat out award it an Oscar for its modern furniture, quality rooms and in-house steak house. This hotel sets a new standard for its price class, and we highly recommend booking a night as part of your Chaplin experience.

The hotel is easily reachable from Vevey by train, but you will have to activate the stop on demand button at "Château-d’Hauteville".

Thanks to a new bus stop aptly called "Chaplin", the museum is easily accessible by public transportation.

For the perfect visit, plan about 1.5 hours for the "Studio" and an additional 30 to 45 minutes for the former Chaplin residence, the "Manor". 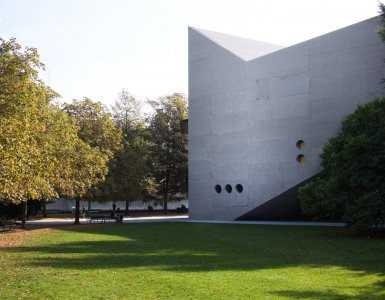 If you travel Switzerland without visiting the Swiss National Museum in Zurich, your trip is incomplete. There, we said it. Why? Because with a rich history... 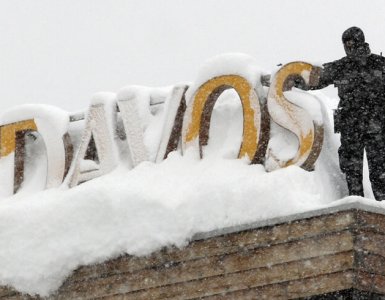 Manage Cookie Consent
To provide the best experience, we use technologies like cookies to store and/or access device information. Consenting to these technologies will allow us to process data such as browsing behavior or unique IDs on this site. Not consenting or withdrawing consent may adversely affect certain features and functions.
Manage options Manage services Manage vendors Read more about these purposes
View Preferences
{title} {title} {title}
94 Shares
Share59
Tweet5
Share
Pin30
WhatsApp