Zoo Zürich not only has its own rain forest, it also boasts an African savanna enclosure with more than a dozen animal species.

The Lewa Savanna is the latest puzzle piece in the zoo’s masterplan, which also envisions new habitats for gorillas and orangutans in the future.

The zoo’s largest section to date is inspired by the real-life Lewa Wildlife Conservancy, a wildlife sanctuary for the endangered black and white rhinos and other African animals at the foothills of Mount Kenya. As a strategic partner, Zoo Zurich has helped to sustain this nature conservancy for more than two decades.

Meet the new residents of the Lewa Savanna

One of the residents at the Lewa Savanna is the Grévy’s zebra, the largest among its species. Native to northern Kenya, these zebras are endangered with only about 2500 remaining. Inside the Lewa Savanna, the zebras share a park of over 40’000 square meters with several other animals native to Kenya. After sixty years, giraffes have returned to Zoo Zürich. I could observe them for hours as they roam among white rhinos in the Lewa Savanne. Hyenas, on the other hand, enjoy their own, sealed off enslosure...

Two of these striped animals with their iconic white bellies and big fluffy ears used to live at Zoo Zürich even before the savannah opened: Riha and Tana. Today, a total of four Grévy zebras live in the Africa inspired plain just below the zoo’s Kaeng Krachan elephant park.

Lewa village as a meeting point for zoo visitors

With the help of a scenographer, the zoo has created an African village and other artifacts that remind of Kenya. While it is unlikely that the Zürich temperatures will ever reach Lewa levels, the entire new section of the zoo emits warm vibes.

From a landing strip just like the one in real-life Lewa to an authentic classroom of a tourism school, various buildings and installations engage visitors to learn more about Kenya: what are the most common animals? What are the benefits (and potential drawback) of tourism? And what are some important words in Swahili?

The newest section of Zoo Zurich takes us on a journey to the heart of Kenya. I have already visited Lewa Savanne several times and I can tell you: this new attraction with its food village is the new meeting point for zoo visitors.

The level of detail that went into the design and construction of this park is astonishing. The earthy tones in the giraffe house, or the colorful buildings in the mini town, make you feel like having stepped foot on Kenya.

The immersive experience starts right at the entrance of the Lewa Savanne. Follow the trail past the elephant house and you will first enter the grey parrot aviary. Africa’s largest parrot species will welcome us to Lewa with their high pitched chirps.

At the crossroads, you may decide to head for the indoor exhibit of giraffes and rhinos. During select times, it is possible to feed the giraffes from the upper floor:

Or you may continue on towards the outdoor savanna. Near a baobab tree (replica), you can find different vantage points and viewing platforms. From there, I like to observe the animals from different angles and from closer distances.

Having stayed at the Lewa Wildlife Sanctuary in Kenya before, visiting this part of Zoo Zurich helps to bring back the memories. Who knows? I may even stay inside the Lewa Savanna up until the zoo closes in order to catch a summer sunset! I especially miss watching those long necked giraffes as they browse the trees against the backdrop of the setting sun.

Take the rhinos which, despite their heavy appearance, have the potential to run with speeds of up to 50 km/h! Or the giraffes who are said to sleep while standing up straight...

How Zoo Zurich supports the Lewa Wildlife Conservancy in Kenya

More than two decades ago, Zoo Zürich had the vision to become an active part of conservancy efforts. One of their best known projects is the support of the Madagascar Masoala National Park, a smaller version of which can be experienced in Zürich.

Since 1998, Zoo Zürich has also contributed funds amounting to 1.7 million francs to the Lewa Wildlife Conservancy. This funding has not only helped to prevent conflicts between humans and animals, it has also supported the roughly 100’000 Kenyans who call the region around Lewa their home.

Specifically, some of the money goes into security operations, including equipment to fight poaching. The zoo also helps the gamekeepers with relocations, a sign that conservation efforts are working to their effect. (Some 20 rhinos have recently been relocated to another sanctuary as they had been flourishing at Lewa.)

And finally, in order to prevent accidents during road crossings, the zoo has also helped construct an underpass for wildlife migrating among sanctuaries.

I asked the current director of Zoo Zürich, Alex Rübel, about the strategic vision behind the partnership with the Lewa Wildlife Conservancy: “We wanted to support a long lasting and sustainable project; something you can visit and experience.” Now covering an area slightly larger than the Canton of Zug, the conservancy has grown from the much smaller rhino sanctuary it once was to the wildlife habitat it is today.

After more than two decades of collaborating with their partners in Kenya, Mr. Rübel tells me that the results look promising: "Lewa is established and we are seeing the results of 20 years of work. At Lewa, we have the opportunity to observe what really happens in the wilderness. What are the positive and negative effects over time?"

Zoo Zürich
Zürichbergstrasse 221
8044 Zürich
Open March to Oktober from 9 AM to 6 PM, and November to February from 9 AM to 5 PM. Get your tickets in advance. 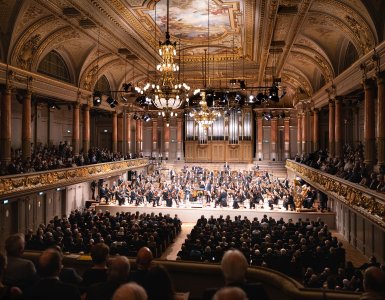 After an extensive restoration project, the Tonhalle Zurich is back in action, offering a world-class venue for classical music lovers.