Learning the language spoken in Switzerland? Hold my beer! This could be the bold statement of a soon-to-become Newly Swissed person.

A mysterious smile appears on Switzerland's face. A challenge for immigrants and locals alike, Switzerland has not one but four official languages: German, French, Italian and Romansh. In one of the most multilingual European countries, communication gets complex quickly.

What's the language spoken in Switzerland?

The geographic location of Switzerland in the heart of Europe allows for four official languages:

However, only a few Swiss speak all four languages.

In most cases, the Swiss speak the language of the home region, learn another national language of Switzerland at school and acquire English as a foreign language.

Some of the cantons are multilingual. In the cities of Biel/Bienne and Freiburg/Fribourg, it comes to a point where the official city names include two versions - in German and French. There, it is not uncommon to spot street signs written in both languages.

Why are there four languages in Switzerland?

Historically, Switzerland has long been home to a mix of various ethnic groups. Throughout history, Swiss cantons have enjoyed freedom under a decentralized government. This made it possible for the regions to preserve their culture and language.

Similar to other alpine regions, enclosed mountain valleys in Switzerland have safeguarded unique dialects that are centuries old and are still in use. Nowadays, quadrilingualism is an important part of the Swiss identity and culture and is even protected by a special law.

What are the official languages of Switzerland?

German, French, Italian, and Romansh are all official languages in Switzerland. This means that official records and federal documents must be written in German, French and Italian.

This includes banknotes such as this (now outdated) 100 franc bill:

Romansh is not an official language of administration and is used more for communication within the language community. For example, Romansh speakers have the right to receive an answer in their mother tongue when reaching out to the federal administration.

Despite the language variety, there are plenty of choices when it comes to media. National TV channels and local newspapers are available in all official Swiss languages, even in Romansh.

German: The most widely spoken language of Switzerland

Using dialects is often frowned upon in other countries in favor of a "clean" language. On the contrary, Swiss German, or Mundart, is extensively used via speech in everyday communication in Switzerland.

High German is the written language that Swiss nationals learn in school. It is used in public institutions and in the media. No need to worry; any Swiss German speakers will understand your standard German. To non-speakers, though, Schwiizerdütsch will at first sound odd, even to the Swiss that learn standard German as their second language.

The German-speaking part of Switzerland extends into northern, central, and eastern Switzerland, including Zürich, Bern, Basel, Luzern, Winterthur, and others.

Check out 10 essential Swiss German words and listen to how Swiss German sounds like when compared to standard German:

French: The language of Romandie

The second most popular language in Switzerland is French. It is spoken in the western part of the country, from Geneva and Lausanne to Valais and the Jura region.

The Swiss use the anecdotal concept of Röstigraben to draw the language barrier between French and German. This imaginary border symbolizes the cultural and political differences between German and French-speaking parts of Switzerland. Supposedly, the Swiss German dish of Rösti is only eaten on the northern side of this trench...

Swiss French used to have dialects known as the Patois. Unlike Swiss German dialects, French in Switzerland has been standardized over the centuries due to the higher social prestige of "French-French."

As a result, the French language in Romandie has fully switched to standard French. Nowadays, only about two percent of the French-speaking Swiss in some parts of Valais, Jura, and the canton of Fribourg still know this dialect. (It is mostly the elderly population.)

There have been adaptations in the Swiss French language, such as simplified numbers. (Thank you, Swiss people, for doing that!) Instead of soixante-dix, quatre-vingts and quatre-vingt-dix (70, 80 and 90), you can use septante, huitante and nonante in Romandie.

Italian: Spoken on the sunny side of Switzerland

Italian is spoken in Ticino, the southern part of Switzerland that borders Italy. Also, residents of parts of canton Graubünden and the Gondo valley in Valais speak Italian.

Major Italian-speaking cities in Switzerland are the capital of Bellinzona, as well as Lugano and Locarno. Most Swiss Italians use standard written and spoken Italian, yet Lombard dialects are still common in day-to-day communication.

The sound of the Italian language in combination with the Mediterranean lifestyle and milder climate of Ticino is a winning formula for getting that vacation feel right at your doorstep.

Romansh: The smallest of the official languages in Switzerland is equally important

To make Switzerland's language mix even more colorful, enter Romansh. It is a distinct Rhaeto-Romanic language (don't mix it up with Romanian.)

With only about 60'000 speakers, Romansh is the smallest of the official languages spoken in Switzerland. Even several immigrant languages are more widely spoken than Romansh - there are six times more Albanian speakers in Switzerland than people that speak Romansh.

For the headache of some, the little language of Romansh has five different dialects called "Idioms." And some of these dialects even have related sub-dialects!

The fact that the tiny language of Romansh managed to survive since 15 B.C., when the Romans introduced it, is rather incredible. It has failed to be standardized, though, and the closest to a consolidated Romansh dialect is the Rumantsch Grischun.

This is what the different dialects of Romansh sound like:

Languages of the foreign population in Switzerland

Finally, let's not forget that about a quarter of the residents in Switzerland are foreigners - one of the highest numbers among European countries.

What languages do you speak, dear readers?

Now that I have unveiled the myth of the official language in Switzerland, I hope this helps to avoid some “Do you speak Swiss?” questions out there. You would not want to tick off the residents of this multilingual alpine nation accidentally... World Radio Switzerland caters to the English speaking population in Switzerland, as well as to the Swiss Abroad community. WRS is a government funded service to the public, and it is about... 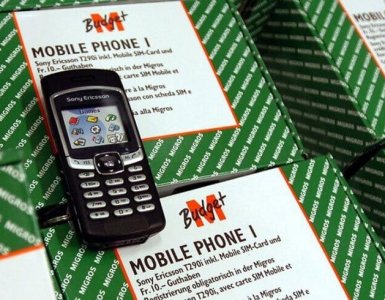 Manage Cookie Consent
To provide the best experience, we use technologies like cookies to store and/or access device information. Consenting to these technologies will allow us to process data such as browsing behavior or unique IDs on this site. Not consenting or withdrawing consent may adversely affect certain features and functions.
Manage options Manage services Manage vendors Read more about these purposes
View Preferences
{title} {title} {title}
2K Shares
Share2K
Tweet1
Share
Pin48
WhatsApp