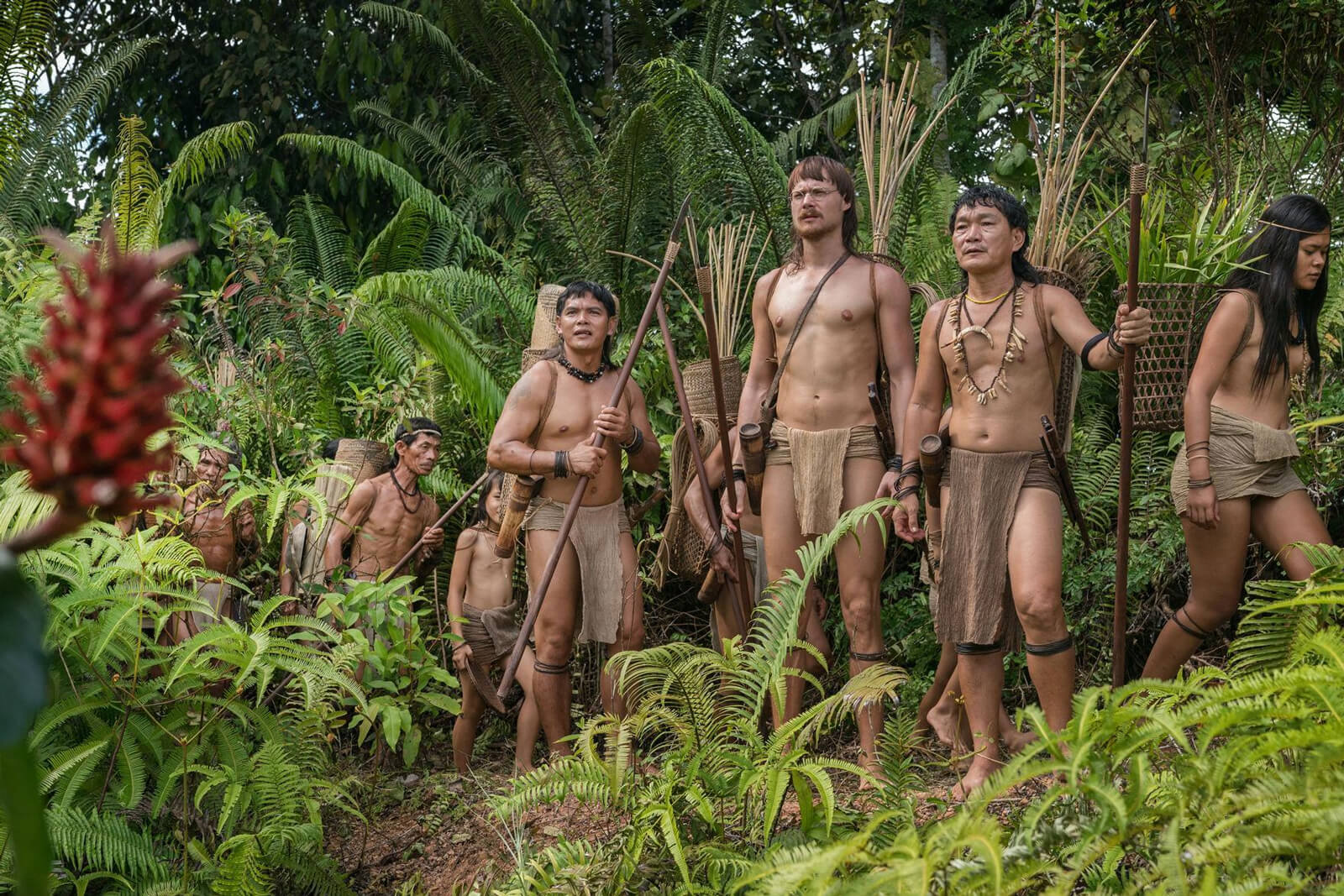 Unless they have been living under a rock, most Swiss who were around in the 1980's and 1990's are familiar with this name: Bruno Manser.

At the time, this environmental activist from Basel was in national and international news for his peaceful protests against deforestation in Malaysia. And Manser has remained in the news ever since his mysterious disappearance in 2000.

Nearly two decades later, Bruno Manser's story hits the big screen. "Paradise War: The Story of Bruno Manser" was an excellent choice as an opening film for the 15th Zurich Film Festival. For one, it has left a lasting impact with this reviewer. But Manser’s quest to go beyond the superficiality of modern life and protect nature’s precious resources is more relevant than ever.

Shot on location in the Indonesian part of Borneo (and in Basel), the screenplay puts Bruno Manser in the rain forest from the onset. As we would find out during flashbacks, Manser had decided to leave Switzerland behind in 1984 at the age of thirty.

He would first travel to Bangkok, then onward to the Malaysian part of Borneo in search of the true and simple life. There, he learns about a nomadic tribe in the rainforest of Sarawak. And so he ventures on as this tribe might hold the answer to his inquiry.

Whether true to life or staged by the screenwriter, the movie does a good job at showing the first contact between Manser and the Penan tribe. Both parties are aware of each other’s existence, but they did not make an approach right away. 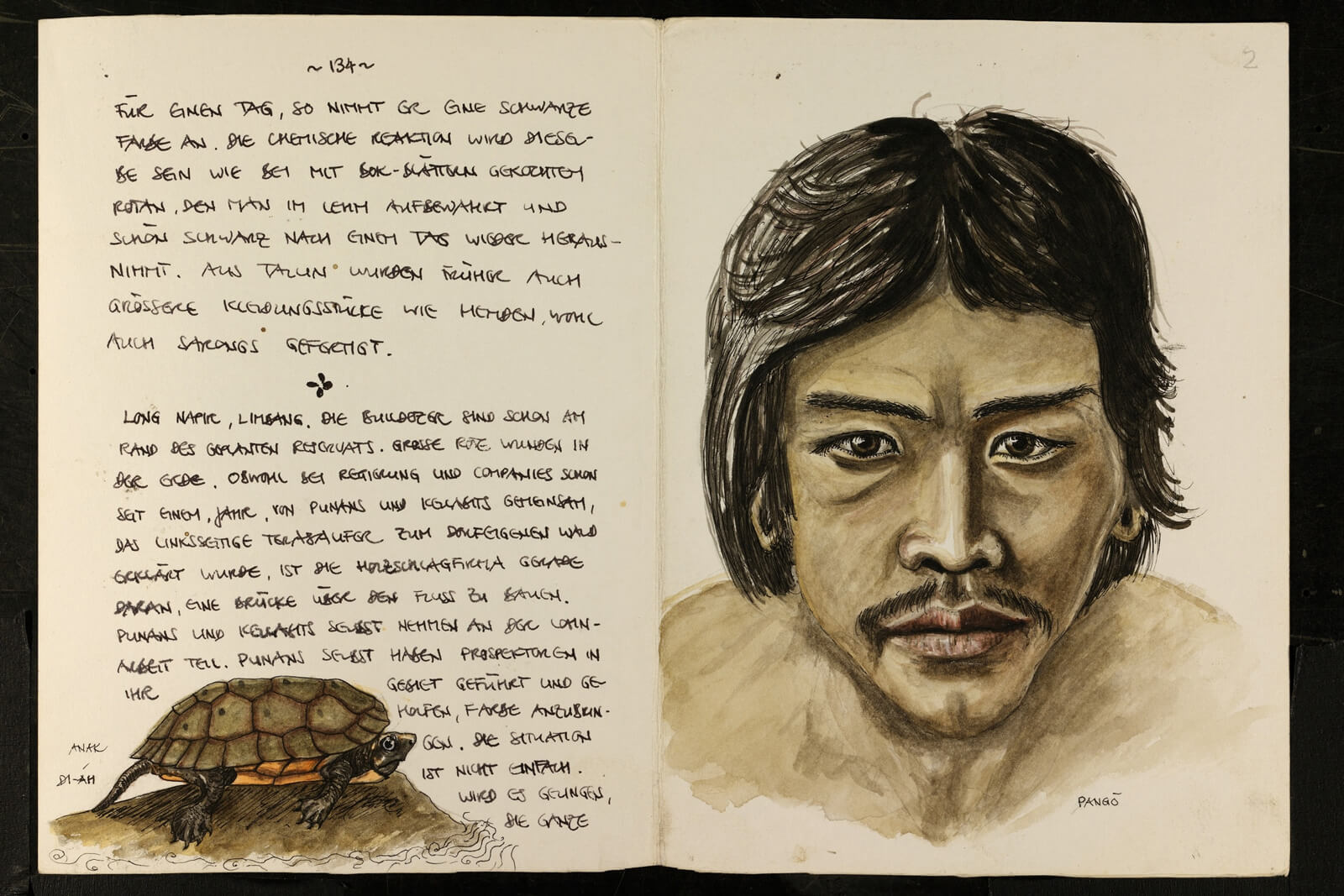 Then, during the darkness of the night, Manser hears someone playing a flute nearby. He takes his own recorder and tunes in, playing the same melody and thus expressing empathy and good will.

Manser is eventually accepted by the tribe, learning hunting and survival skills while still keeping up his diary. (About 600 of his drawings as well as a hand-drawn map have just been published.)

When the logging companies start rushing into the rainforest, wreaking havoc and destroying the habitat of the Penan, Manser quite literally steps in. In an attempt of peaceful protest, thousands of local tribespeople collaborate, managing to stop deforestation for a while. At the time, deforestation in Borneo was happening at the pace of 2.7 times the size of Switzerland - annually.

But the government is not happy about the lost revenues due to the Penan roadblocks, putting a bounty of USD 50'000 on Bruno Manser's head: "Dead or Alive." He is arrested but manages to escape from the police car.

After Manser leaves Borneo for Switzerland, he builds a non-profit organization, stages protests and puts pressure on governments around the world. Despite being wanted, he eventually returns to the Penan in May 2000. As of three days into his stay, all traces of Bruno Manser have been lost and he has never been seen again.

It is fascinating to follow the physical transformation of the actor as his character befriends the nomadic tribe. A skilled communicator, Manser learns the local dialect during the six years he would spend alongside the tribe. 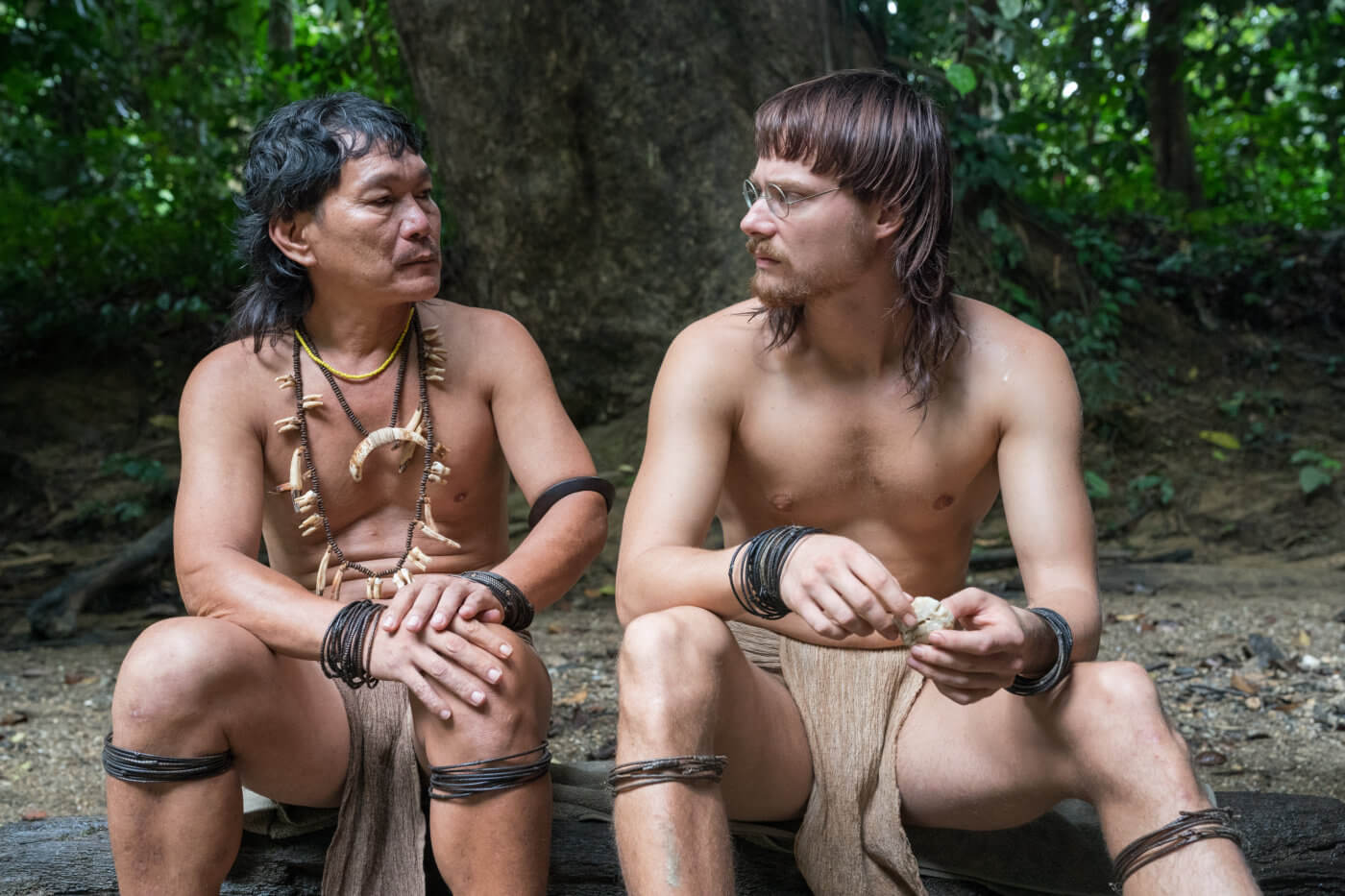 Evidently, Manser's mastering of the indigenous language turned out to be a major challenge for the actor portraying him. Sven Schelker had to rehearse hundreds of lines of Penan dialect without understanding a word. Being from Manser's hometown of Basel was a plus as Schelker did not have to rehearse that Swiss German pronunciation...)

Director Niklaus Hilber, originally from Zürich, has created an epic adventure movie that captured my attention for all 142 minutes. It’s a story about globalization and the world’s appetite for palm oil, and there is no happy ending to it.

I cannot judge how realistic or close to true events this film is. But for the most part, “Paradise War” appears very much believable.

The amateur actors of the Penan tribe add much to the authenticity. And the director has said in an interview that his location scout rode a motorbike for 6000 kilometers across the rainforest. His mission? To find a logging company that couldn’t care less whether a Swiss crew filmed a movie about deforestation...

About the Zurich Film Festival

The 15th Zurich Film Festival ran from Sept 26 to Oct 6, 2019. It attracted a record 117'000 visitors and crowned this movie's director, Niklaus Hilber, with the Science Film Award. The jury applauded that Paradise War is "a sweeping and urgent topical film about the preservation of forests, biodiversity and the importance of respecting human rights." You never know who you're sitting next to unless you talk to them. On New Year's Day, I happened to start a conversation with Frederik Maarsen...

Manage Cookie Consent
To provide the best experience, we use technologies like cookies to store and/or access device information. Consenting to these technologies will allow us to process data such as browsing behavior or unique IDs on this site. Not consenting or withdrawing consent may adversely affect certain features and functions.
Manage options Manage services Manage vendors Read more about these purposes
View Preferences
{title} {title} {title}
39 Shares
Share38
Tweet
Share
Pin1
WhatsApp