Last but not least, we are going to jump on the supersonic space jumper bandwagon! Thanks to an inquisitive Newly Swissed reader, we have uncovered the driving force behind Felix Baumgartner’s successful record: He is going to be a Swiss resident!

An Austrian citizen, Baumgartner has just declared that he will soon be settling down in Arbon, Switzerland. In other words, Baumgartner is going to be the latest Newly Swissed! And now that the meaning of the expression "the sky is the limit" has forever changed, the new poster child for Red Bull has announced the end of his daredevil career.

Next up, he is going to get married. On the subject of extracurricular activities, this source reveals that Baumgartner wants to become a rescue helicopter pilot in the Swiss mountains! 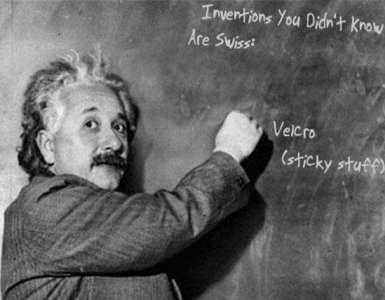