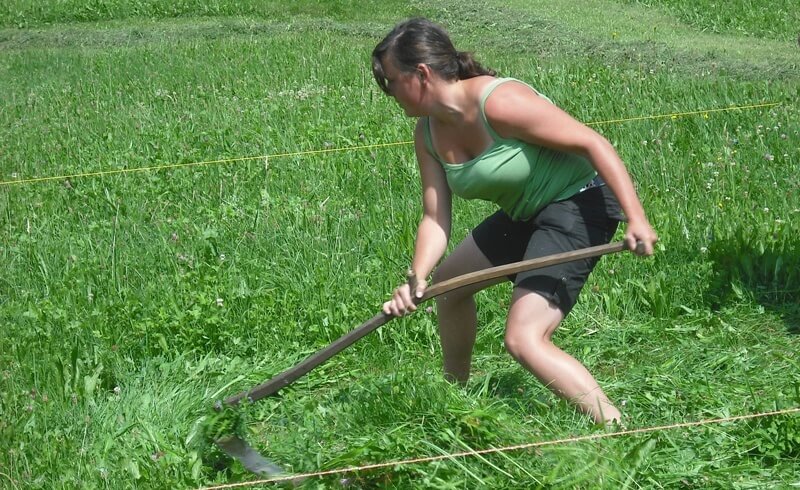 This August, I was lucky enough to attend the 18th Annual Scything Competition of the Berner Oberland. Held in our neighboring village of Frutigen, this competition lasted an entire Sunday. Women, men and children had a chance to enter in their own category to win a title and prizes. 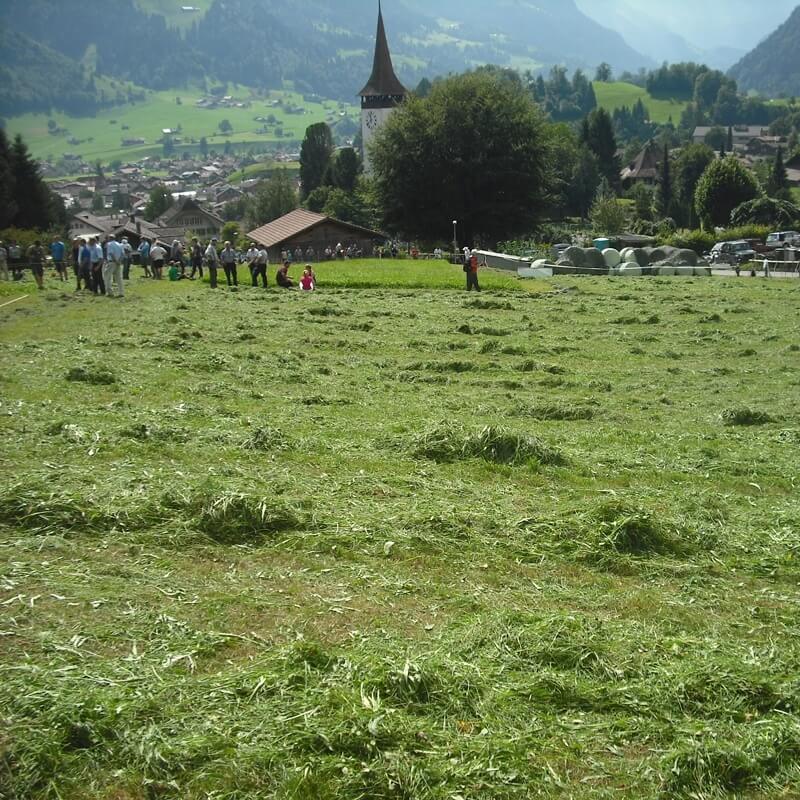 The purpose of the scything competition is to keep traditional farming methods alive. Scything used to be a traditional way of clearing long grass, herbs and weeds from Alpine fields on steep gradients. This would have clearly been an exhausting task, involving many laborers and farmhands for many hours.

We even saw proof that the competition is a way of passing the techniques on to younger generations: A family whose father entered the competition was followed by his two sons aged 6 and 8 years, both using miniature scythes! 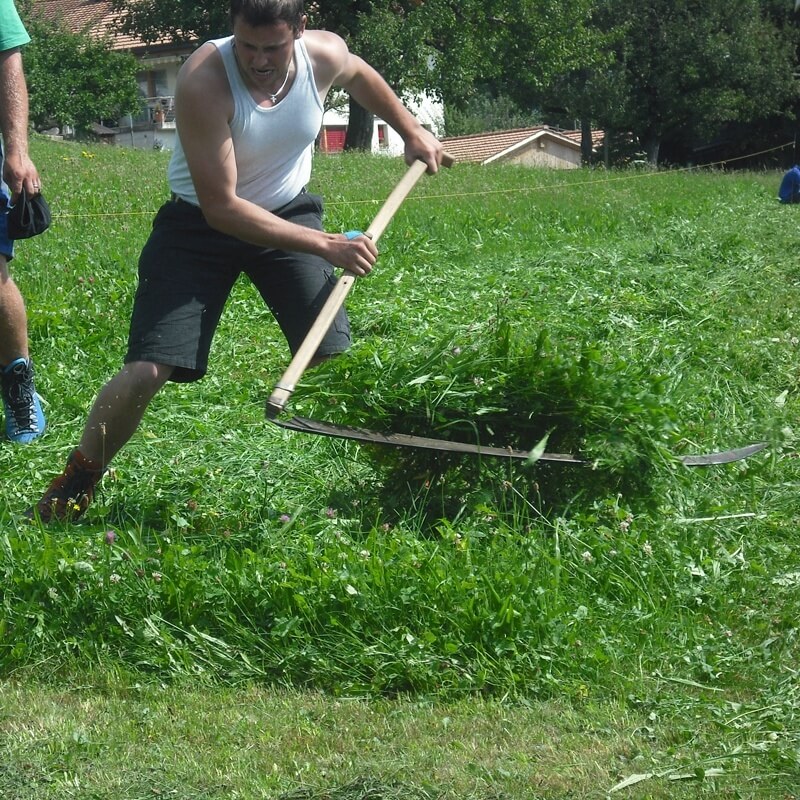 The Art of Scything

For those that do not know, scything involves a scythe blade, a long wooden handle with a sharp long blade attached to the end at a right angle. The scythe is held at ground level and systematically swept from one side to the other as the farmer walks along - thus cutting the grass in front. Scythes are extremely sharp in order to cut thick grass. In order to keep them in good condition, they need to be sharpened regularly. 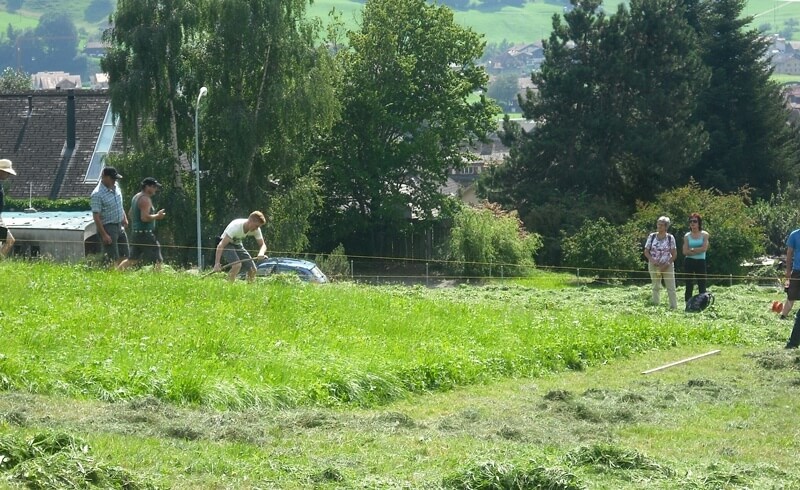 After a communal brunch in the Markthalle, the competitions began outside in a nearby farmer’s field with a decent amount of long grass. This long grass will be cut, dried and stored for fodder for the winter to feed the dairy cattle over the harsher seasons. The cutting of the grass would usually be done with high tech machinery, however, on this Sunday the field is cut and cleared by hand in the traditional method of scything. 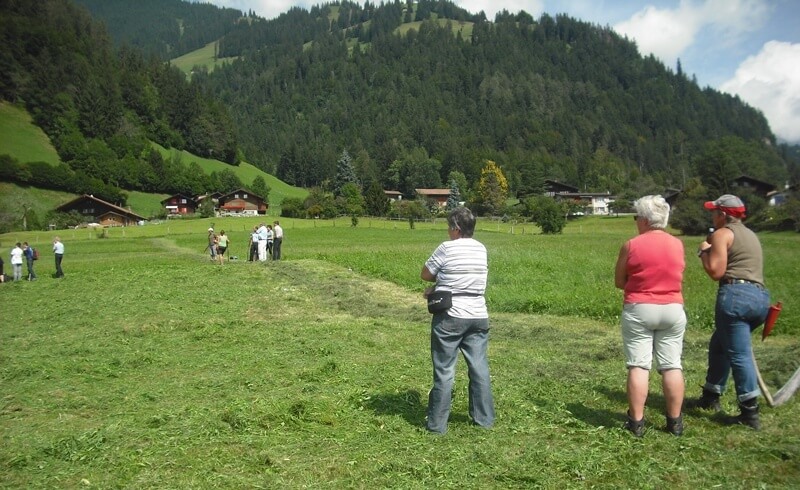 We watched the competitions out in the field. Each competitor was timed on how fast and well they scythed and cleared a certain area of long grass, which was measured by length and width (a strip). After they had cleared the area, referees would follow and check that nothing had been missed, how close to the ground the grass was cleared and to give the competitor a final mark based on time and quality of scything.

At the end of the day, the a winner was chosen and prizes were handed out. To the enjoyment of all, the competition was followed by a raffle and a communal meal of natural Raclette, Schnitzel and Pommes frites!

The 18th Annual Scything Competition was an interesting event which reminded me of agricultural shows in the UK. It made me appreciate the hard lives of Alpine farmers who were scything by hand regularly according to the farming calendar!

Katy is a 24 year old UK expat with a passion for farming. She lives in the picturesque Bernese Oberland where she keeps her poultry, grows vegetables and writes on smallholding subjects. 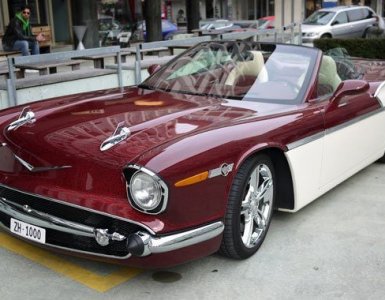 Coolest Vehicles Spotted on the Streets of Zürich

Whether during the day or at night, a stroll through Zürich will inadvertently reveal some cool cars, sweet rides and simply odd vehicles... 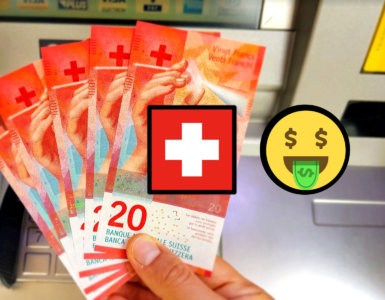 Get ready for a laugh with things you'll never hear a Swiss person say! Discover the unique sense of humor of the Swiss in this humorous blog post. Manage Cookie Consent
To provide the best experience, we use technologies like cookies to store and/or access device information. Consenting to these technologies will allow us to process data such as browsing behavior or unique IDs on this site. Not consenting or withdrawing consent may adversely affect certain features and functions.
Manage options Manage services Manage vendors Read more about these purposes
View Preferences
{title} {title} {title}
108 Shares
Share104
Tweet2
Share
Pin2
WhatsApp