Brigardier Broccoli had a playground the size of three Walmart Supercenters, twenty buildings for hiding, and the undivided attention of 400 recruits: what else can a common cat ask for?

Update Aug 18, 2021: I am saddened to announce that Brigardier Broccoli has passed away today. She was 18 years of age.

This tabby cat had it all: Broccoli was officially added to the inventory of the Swiss Army, calling the 60'000 sq m campus at Lyss her home.

"Brigadier Broccoli" was one of only three officially registered cats by the neutral Swiss military. Meanwhile, the inventory contains 300 dogs and no less than 350 horses. Chapeau for this special feline.

Why was the Swiss Army cat called Broccoli?

The reason for this funny name is simple: mushy green broccoli was the first thing on Brigadier Broccoli's plate when she appeared in 2005.

Ever since, the military recruits would pay for her food and feline treats out of their own pockets. After a while, the cat was declared as an official Swiss Army inventory.

This distinction meant that the provisions for Brigadier Broccoli were paid from the military's food budget.

Naturally, any media inquiries or questions about the Swiss Army cat are being answered by the VBS PR department.

Apart from the swag that comes with a military distinction, Broccoli's duties were simple: to spread her love among recruits and keep the morale high.

I met him during my service, but he has a limit on getting petted, a colleague got almost clawed by him. And our company commander even said: "Broccoli isn't the brightest. He is the only cat that gets surprised by rain."

When was the Swiss Army cat Broccoli born?

Brigadier Broccoli has her own Facebook page with several thousand followers. Here is one of the latest updates from November 2020:

Evidently, Broccoli was aging and needed ever more tender love and care. She has passed away on August 18, 2021, at the age of 18 years. Rain or shine, a majority of Swiss men are out there at any given time, diligently carrying out their military service duties. The Swiss Army is... 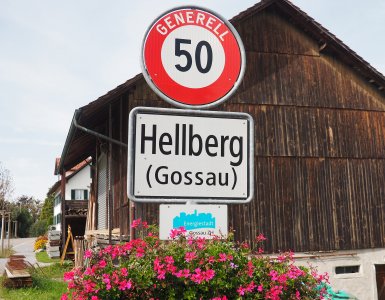 We're back from our mission to collect the funniest, most hilarious town names of Switzerland! Clarification: The tour was virtual, involving a keyboard...

There comes a point in life when one wonders: “Who am I?” The answer to this question is going to be very straightforward: You're becoming Swiss...

My Bottoms are Covered in Edelweiss

Manage Cookie Consent
To provide the best experience, we use technologies like cookies to store and/or access device information. Consenting to these technologies will allow us to process data such as browsing behavior or unique IDs on this site. Not consenting or withdrawing consent may adversely affect certain features and functions.
Manage options Manage services Manage vendors Read more about these purposes
View Preferences
{title} {title} {title}
903 Shares
Share900
Tweet2
Share1
Pin
WhatsApp