What sounds like the name of an action figure kind of is: Jet Man is Swiss inventor and aviation enthusiast Yves Rossy, also known as the guy with the coolest hobby ever! Yves has become an international superstar, because his unique sport of flying with a jet-powered wing strapped to his back has never been attempted before! Not that this feat alone gets him enough serious bragging rights… Just a few days ago on November 5, Jet Man actually accomplished a new world record as he launched from a hot air balloon above Lake Geneva to perform two aerial loops!

Crazy, you think? See for yourself: To celebrate their first anniversary, one of Switzerland's most popular museums pulled off quite an amazing stunt. The Chaplin's World Museum... 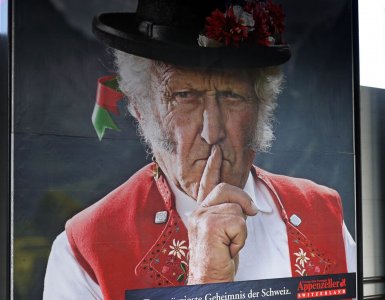 From cheese to watches, and from healthcare to weapons: we've debunked the most frequent myths about Switzerland.

This just in: In an unprecedented move even to seasoned investors, tech giant Apple buys out Swiss watchmaker Swatch! This announcement has one Goldman Sachs analyst stunned: "The merger of Apple and Swatch came out of...