For a long time, a little ghost had been living in the attic of a castle. Its greatest wish was to see the world by the light of day, but its attempts were all in vain.

But then, three children, Karl, Hannes and Marie, go on a nighttime hike to the castle where they encounter the little ghost. The following day, the little ghost promptly wakes up at noon. 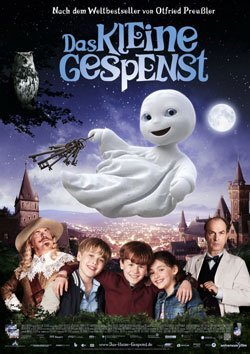 Its joy is short-lived, however. Tinted black by the first sunbeam, the little ghost scares the townsfolk and causes all kinds of chaos. In despair, the little ghost turns to the children for help in trying to get home and return to the former existence as a night ghost.

It is a lot of fun to see German stars like Uwe Ochsenknecht oder Herbert Knaup dubbed into Swiss German. Nadja Sieger is brillant as the Swiss German voice of the little ghost, whereas Emil Steinberger is rather negligable as the voice of an owl ("Uhu Shuhu").

From a grown-up's perspective, the animation of the little ghost is not as good as what we have learned to expect from its American Idols (e.g. "Casper"). Nevertheless, kids will have no problem identifying with this extremely sympathetic character. The instrumental score by Niki Reiser accompanies the story in a lovely way.

Watching the adaption of a children’s book classic by Ottfried Preussler ("Krabat") is a treat from beginning to end. Never too dark, but always funny and charming. Bring your small kids! 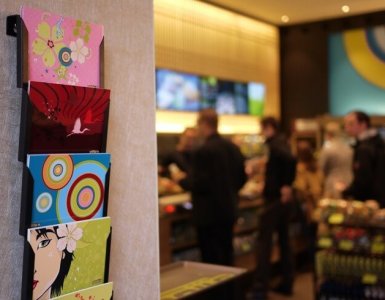 Yooji's is one of my favorite sushi restaurants in Zürich. I stopped by the latest flagship restaurant at Zürich's Bahnhofstrasse to give you the low-down. Manage Cookie Consent
To provide the best experience, we use technologies like cookies to store and/or access device information. Consenting to these technologies will allow us to process data such as browsing behavior or unique IDs on this site. Not consenting or withdrawing consent may adversely affect certain features and functions.
Manage options Manage services Manage vendors Read more about these purposes
View Preferences
{title} {title} {title}
4 Shares
Share3
Tweet
Share
Pin1
WhatsApp