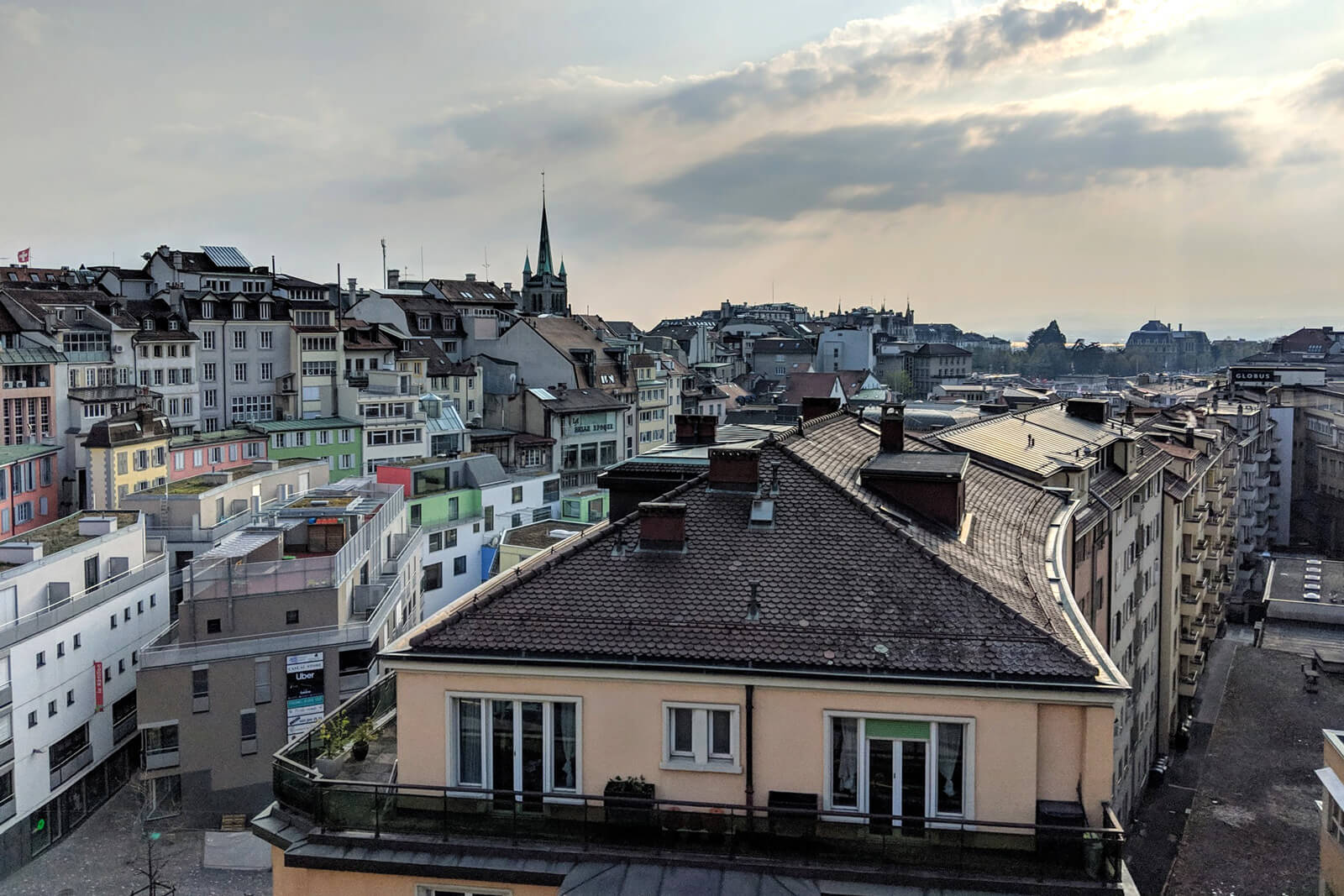 Touching down in gray, hazy Geneva after three hours of sleep and a very delayed flight, I must admit I am not really feeling the travel spirit.

My wife and I have a long wish list of Lausanne museums, restaurants and events, but only three days to see everything. And Lausanne had other ideas, too: though the lake was hazy, the soft light gave everything a lovely glow. This lifts my spirits as the train rolls past chateaux and vineyards towards Lausanne.

After a good night’s sleep, the city greets us just outside our hotel's breakfast room. The Swiss Wine Hotel by Fassbind offers a stunning view of the cathedral, the Bessières bridge and the old town. A café au lait and a croissant later, we head out for a walking tour of the city.

Hilary, our tour guide, is a British expat who has been living in Lausanne with her husband for decades. She knows the city like the back of her hand. We walk across the bridge from our hotel and up to the cathedral, which dominates the city's skyline. 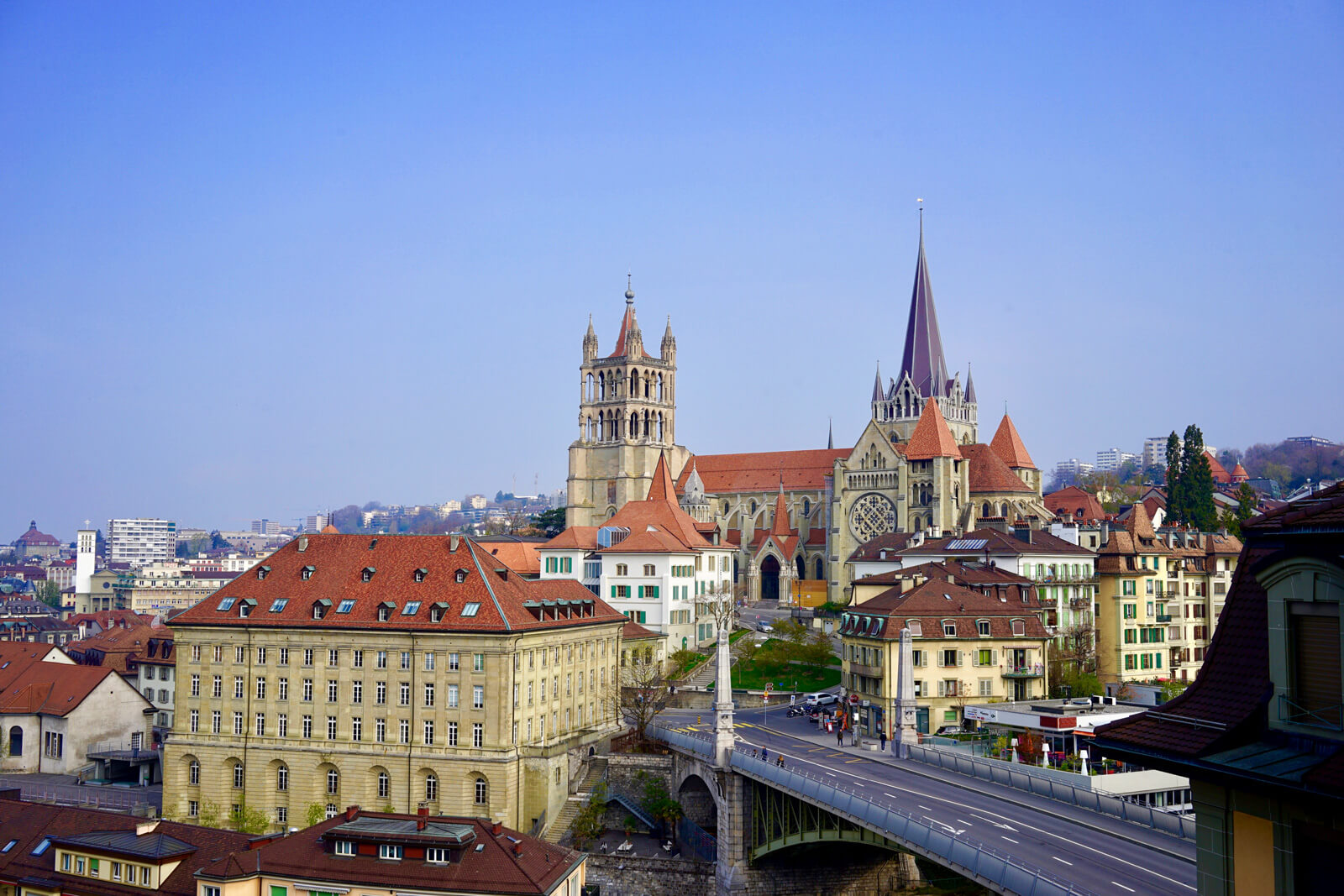 Like many Swiss cities, Lausanne is a palimpsest for early modern history. Originally ruled by a succession of catholic bishops, Lausanne was invaded and essentially colonized by the protestant Bernese in the 15th century.

The old town has a number of municipal buildings built by the Bernese during this period, and all of them are constructed in their characteristic style, contrasting with the rest of the city’s French influence. But it is the stunning cathedral that bears the most noticeable scars from this occupation.

As happened in many European cities, iconoclasm, the destroying of religious images, resulted in the removal a a great deal of the cathedral’s statues and engravings. What survived, thankfully, were the stained glass windows and one entire portico which had been boarded up when the Bernese invaded, and thus preserved as a time capsule. 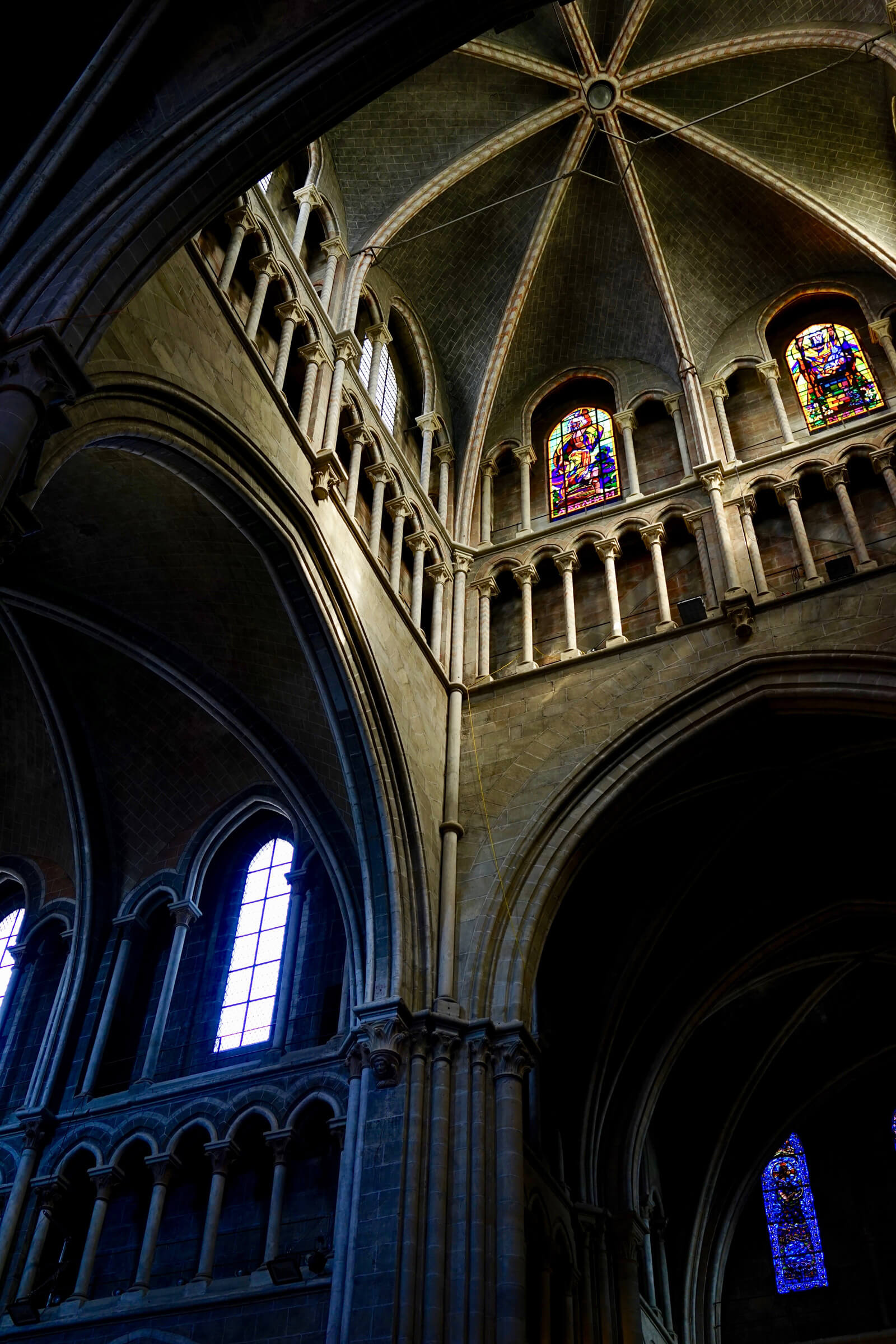 During our visit to the cathedral, which is also an important site for pilgrims (and Instagramers), we watch an excited teacher passionately telling her group of kindergarteners about the preserved statues, which still have the remnants of their original colorful paint. 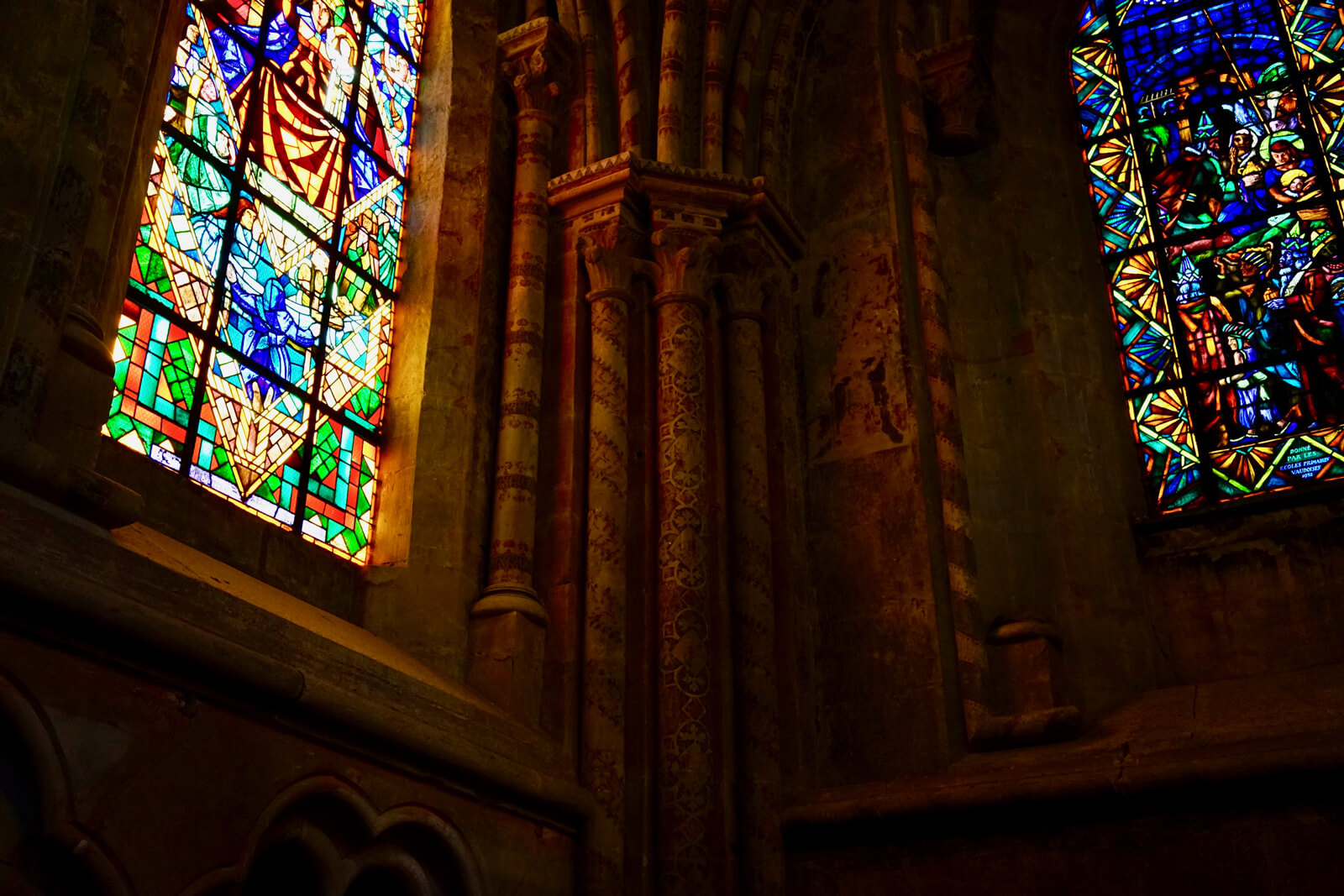 But the cathedral's interior party piece is an absolutely spectacular pipe organ, one of the most unique instruments in the world. It weighs over 40 tons and has 7000 pipes installed throughout the structure of the building.

The organ was designed to look like an angel floating on a cloud, and is truly a breathtaking piece of artful engineering. The cathedral puts on public concerts, and people travel from far and wide to hear and see it. 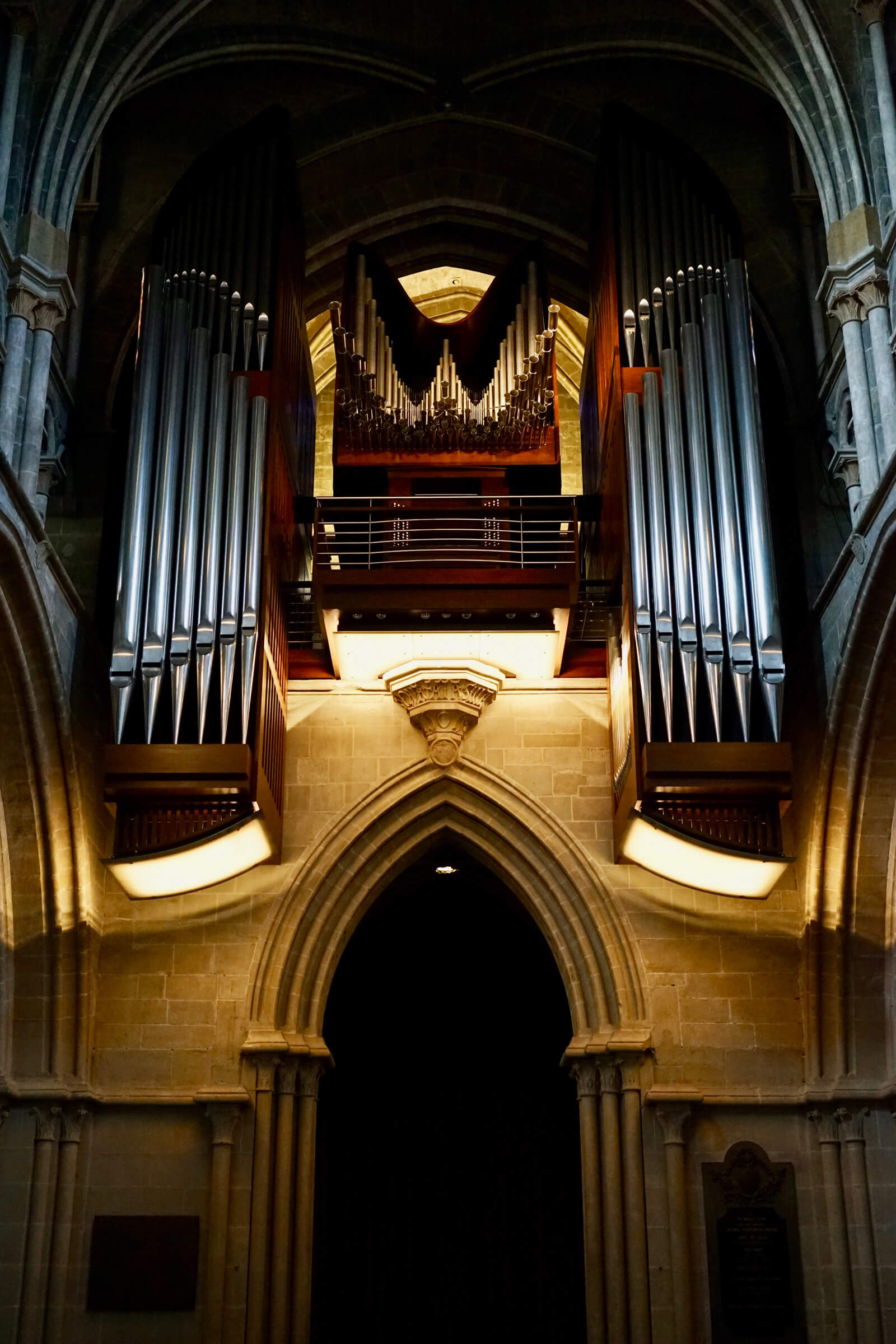 Exploring the quirky sides of Lausanne

Lausanne is a built along a series of hills rising up from the lake shore, so you will get a pretty good workout. It is absolutely worth it to explore some the old town’s cobbled side streets, many of which still have houses from the late medieval period. 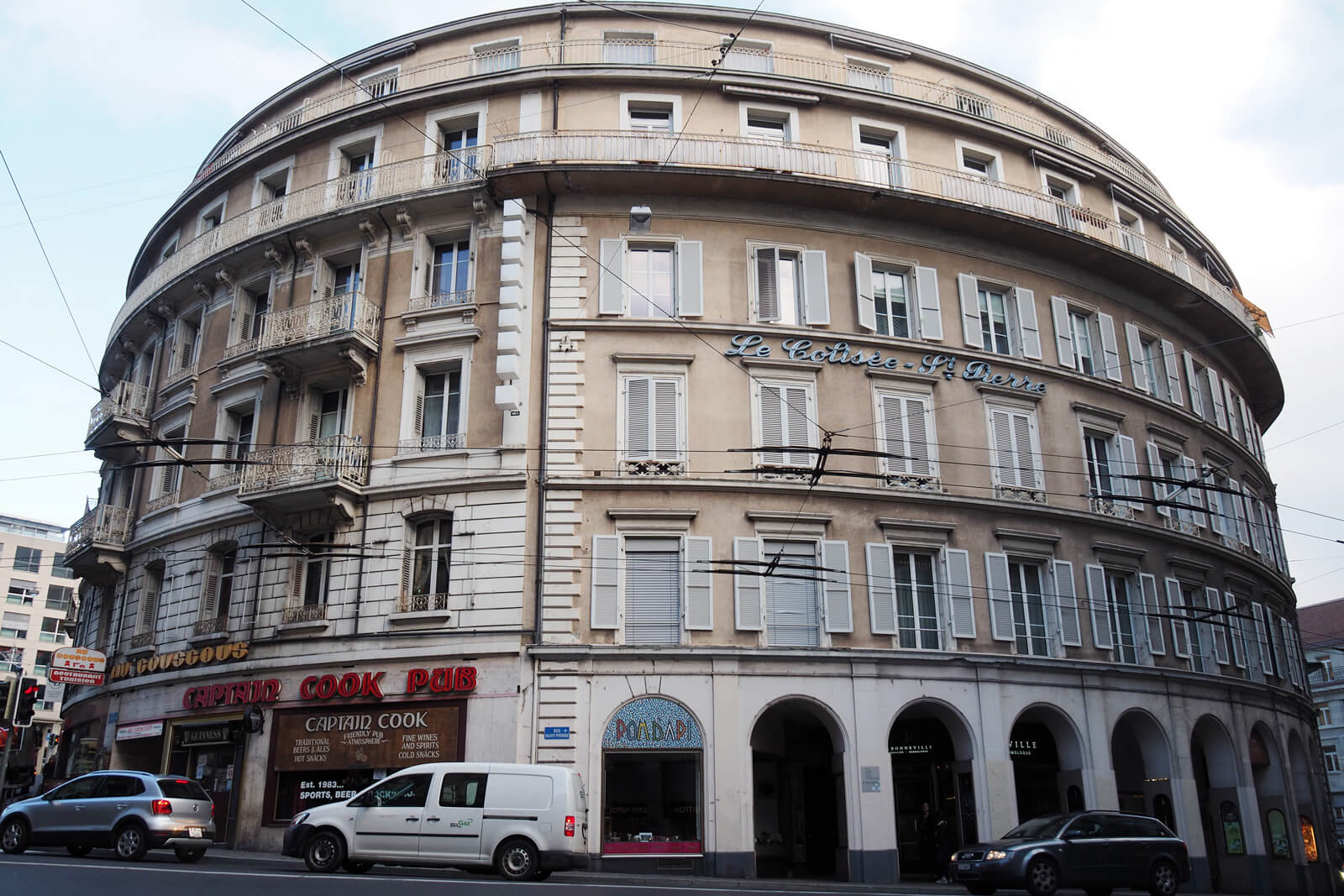 If you get tired of walking up or down, take a ride on Switzerland's only metro.

Because of Lausanne's hilly terrain, many of the metro stations have sloping floors, which takes some getting used to: 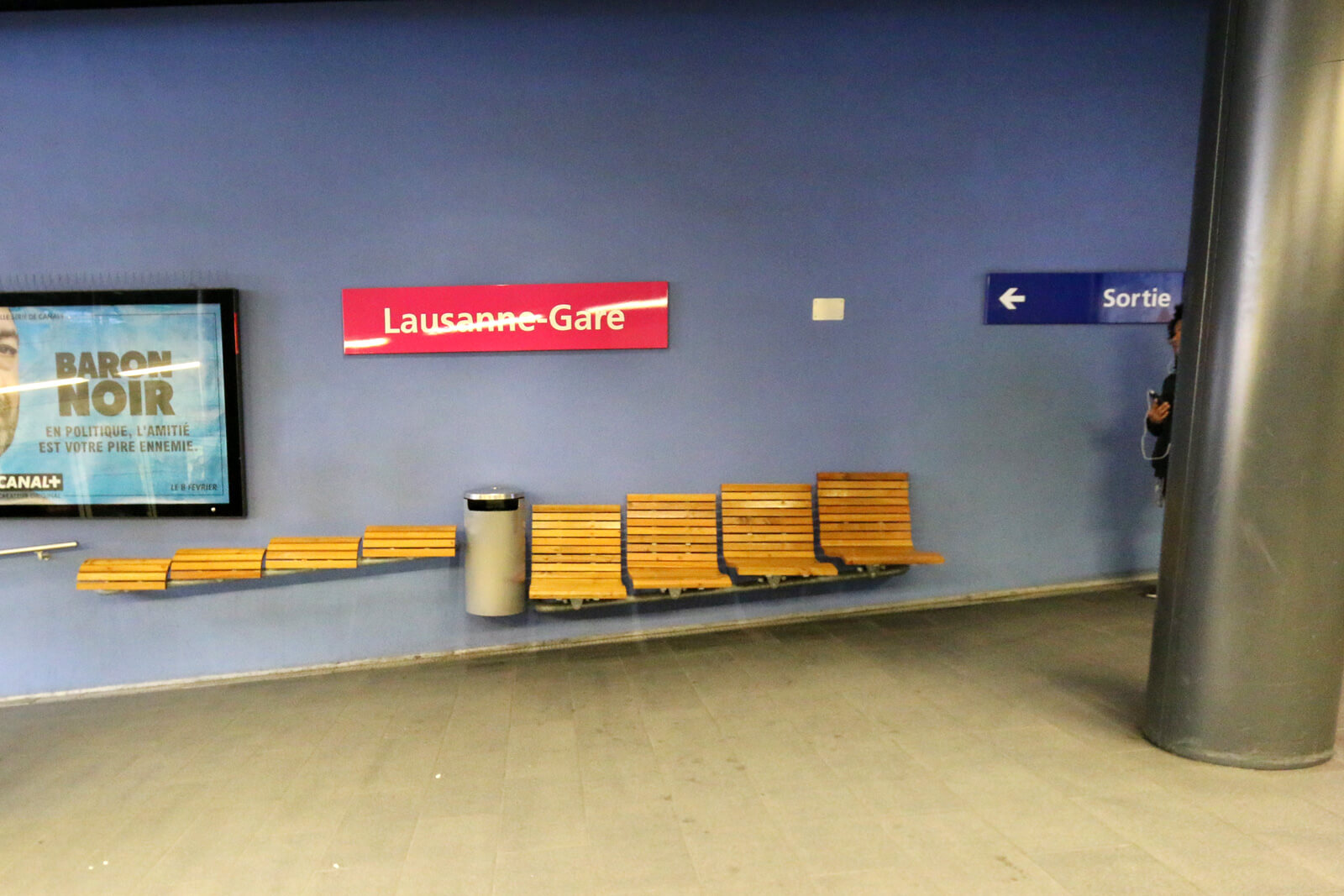 There are plenty of typically Swiss quirks in Lausanne, like the fact that the city has, since 1405, an official watchman who paces the cathedral belfry calling out all is well on the hour.

The city has also managed to keep the streets and cafes free from foraging pigeons by installing official city pigeon coops around the city. This keeps the birds safe and well fed, keeping them out of your face.

Another quirk are the city’s rivers. Though the city is spanned by two grand bridges, there are no visible rivers. What they did was canalize the two rivers that run through the city and feed into the lake, and then cover them up and build over the top so as not to waste space.

A bit puzzled by my curiosity, Hilary takes us down into the lower level of a parking garage where you can see, through a window, the channel of the Flon river. It is an impressing and ingenious piece of Swiss engineering. Doubly so since they did this at the end of the 20th century. There is always something to do in Lausanne

One thing we realize is that locals living in Lausanne are absolutely spoiled for events. There is an impressive agenda of concerts, festivals, and public events that the city has lined up for the coming months.

A Jazz festival was just wrapping up as we arrived. And of course, Montreux is just a short train ride away, boasting one of the most famous Jazz festivals in the world.

In 2019, there is the Fête des Vignerons in nearby Vevey. This once-in-a-generation event began as a celebration of viticulture but has become a celebration of Switzerland. Musicians and representatives from each of the Swiss cantons will be performing at the biggest event in Vaud.

Each region of Switzerland has its own unique feel, typically mirroring the other countries that share the particular language. Vaud and Lausanne are no different, with fairytale French-style castles lining the lakeside, Belle Époque grand hotels in the city center, and fantastical Art Nouveau buildings like the main rail station.

Lausanne feels special, even a bit whimsical, like something from a better time.

This feeling is reinforced as our train rolls out of the station and north along the lake shore. Finally, the haze clears. And as the sun sinks all orange on our left, Lake Geneva turns lavender and the snow tipped alps show themselves for the first time all weekend. Have you ever felt the urge to run away with the circus? Or are you fascinated by micro homes? Here are 18 of Switzerland’s most unique Airbnb rentals... 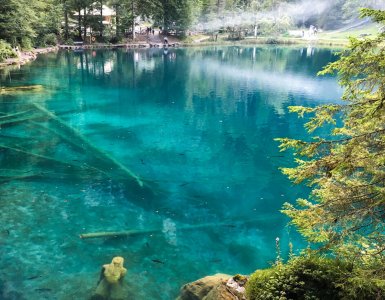 Geneva, Interlaken, Montreux and Zermatt: No doubt they are among Switzerland's tourism hot spots. But there are countless places off the beaten track...

Manage Cookie Consent
To provide the best experience, we use technologies like cookies to store and/or access device information. Consenting to these technologies will allow us to process data such as browsing behavior or unique IDs on this site. Not consenting or withdrawing consent may adversely affect certain features and functions.
Manage options Manage services Manage vendors Read more about these purposes
View Preferences
{title} {title} {title}
182 Shares
Share129
Tweet1
Share
Pin52
WhatsApp