The elephant in the room on a blog about Switzerland has got to be cheese. So let's get something out of the way up front: There is no such thing as "Swiss cheese". Yupp, you heard right (although technically, all cheese produced in Switzerland could be considered "Swiss cheese").

This term is actually quite misleading for American ears as outside of Switzerland, it pretty much stands for generic "Emmental" cheese.

As it turns out, Swiss villages and family farms have developed hundreds of different varieties of cheese over centuries, which has resulted in quite a paradise for cheese lovers! Essentially, each brand has its own name based on where is was produced, and if you actually find a cheese tag labeled "Swiss cheese" in Switzerland, send us an email and we will get you a reward!

To give you a better idea of the kinds of tough choices we are facing on a daily basis, here is an example of a cheese display at a local grocery store:

Over the years, we have found several stores in the US that carry Swiss cheese varieties, such as Whole Foods or Trader Joe's. So, I hope to have inspired you to go all out the next time you are craving cheese and pick a kind that you have never tried before! You will never know what you are missing unless you turn your back to the yellow, chemical bricks labeled "Swiss cheese"...

Finally, I wanted to share a clever ad with you which I had noticed at our local train station. It really does a good job of showing how omnipresent cheese is in Switzerland by tying a contemporary topic (Swiss bank secrecy) to the tradition of cheese-making:

Please let us know about your favorite "Swiss" cheese and where it can be bought abroad! The town of St-Cergue in the Canton of Vaud has a lot to offer: Skiing, hiking, and delicious burgers! Rando Burger is a local restaurant run by a couple... 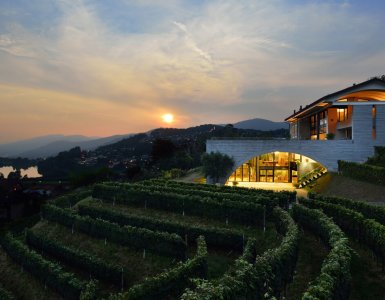 With the vineyards bathed in golden light, autumn is the perfect moment to take a tour around some of Switzerland's wineries and wine visitor centers. 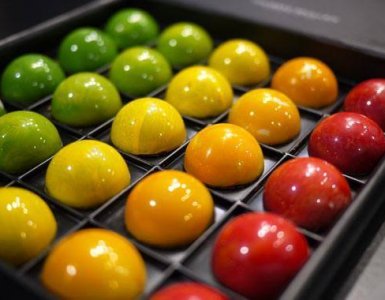